4 protesters arrested outside Queens bakery where immigrants laid off 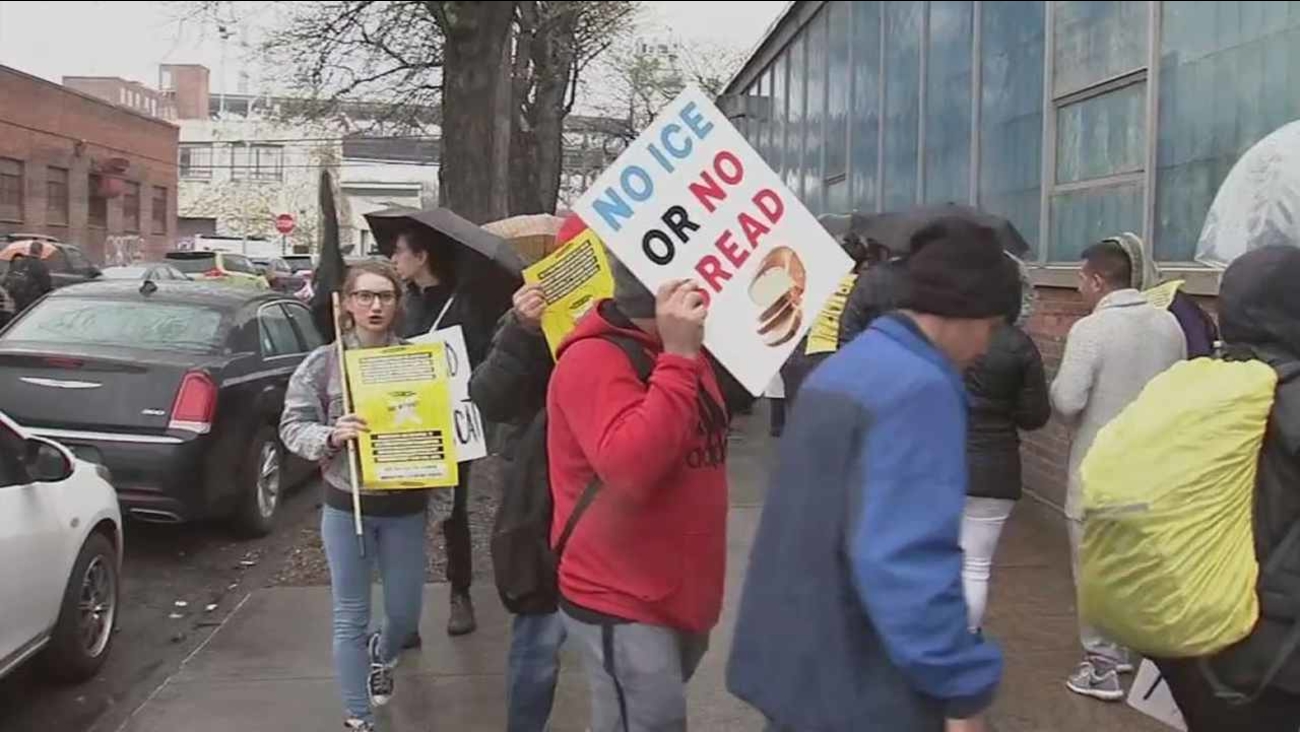 LONG ISLAND CITY, Queens (WABC) -- Four protesters were arrested Friday outside a Queens bakery where workers were being laid off following an immigration audit.

They stopped the trucks from leaving the 10th Street bakery in the morning.

The protesters hoped the demonstration would spark a citywide "Day Without Bread," for others to forgo selling or eating bread as a statement for immigrant rights.

Workers at the bakery faced a Friday deadline to produce immigration papers, and instead of working their last shifts, they protested outside. They also staged a protest at President Donald Trump's Manhattan home earlier this month.

"The Trump administration may want us to quietly disappear, but we're not going away silently," bakery worker Henry Rivera said. "We're on strike today to send a message that we help make America great, and we cannot just be thrown away like day-old bread."

In addition to firings, the 31 employees of Tom Cat faced deportation if they could not prove by Friday that they're working in the U.S. legally.

Many have worked on the gourmet bakery's production line for much of its 30-year existence.