Officer dragged during apparent hit and run in Toms River; 1 in custody, 1 sought 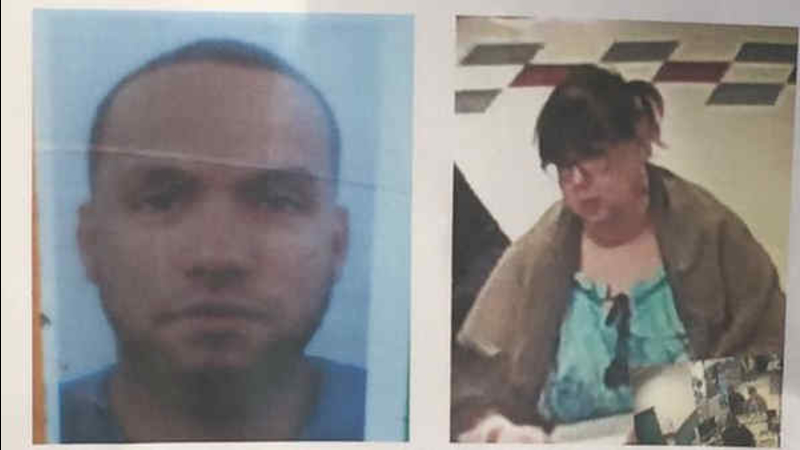 TOMS RIVER, N.J. (WABC) -- Police in Toms River are investigating an apparent hit and run during which a police officer was dragged in a parking lot.

Authorities say the man suddenly fled on foot, entered a black Honda and put the vehicle in reverse with the driver's door still open, trapping Brennan between the open door of the car and the driver's seat. He was dragged at least 25 yards before falling loose.

The suspect vehicle then struck two parked cars and fled the area by traveling north on Hooper Avenue.

Brennan is being treated at Community Medical center for non-life threatening injuries.

Information regarding the vehicle and surveillance photographs from inside of the DMV showed the suspect and a female person of interest who was with him. Based upon the release of this information, a concerned citizen reported that a black Honda was on Bay Point Drive, which is on a dead end street a mile or two East of the DMV. The car was positively identified as being involved in striking the officer, but the suspect had been picked up by an unknown person in a different vehicle.

A few hours later, authorities say Officer Pete Saker observed a vehicle with Pennsylvania license plates operating erratically near the intersection of North Bay Avenue and Whitty Road. A motor vehicle stop was conducted, and the passenger of that car appeared to be the suspect. He was taken into custody and is expected to be charged with numerous offenses.

Police say the suspect was in possession of several false identifications, making it difficult to determine his actual identity. At this point, no further information is being released. The female person of interest has still not been located.