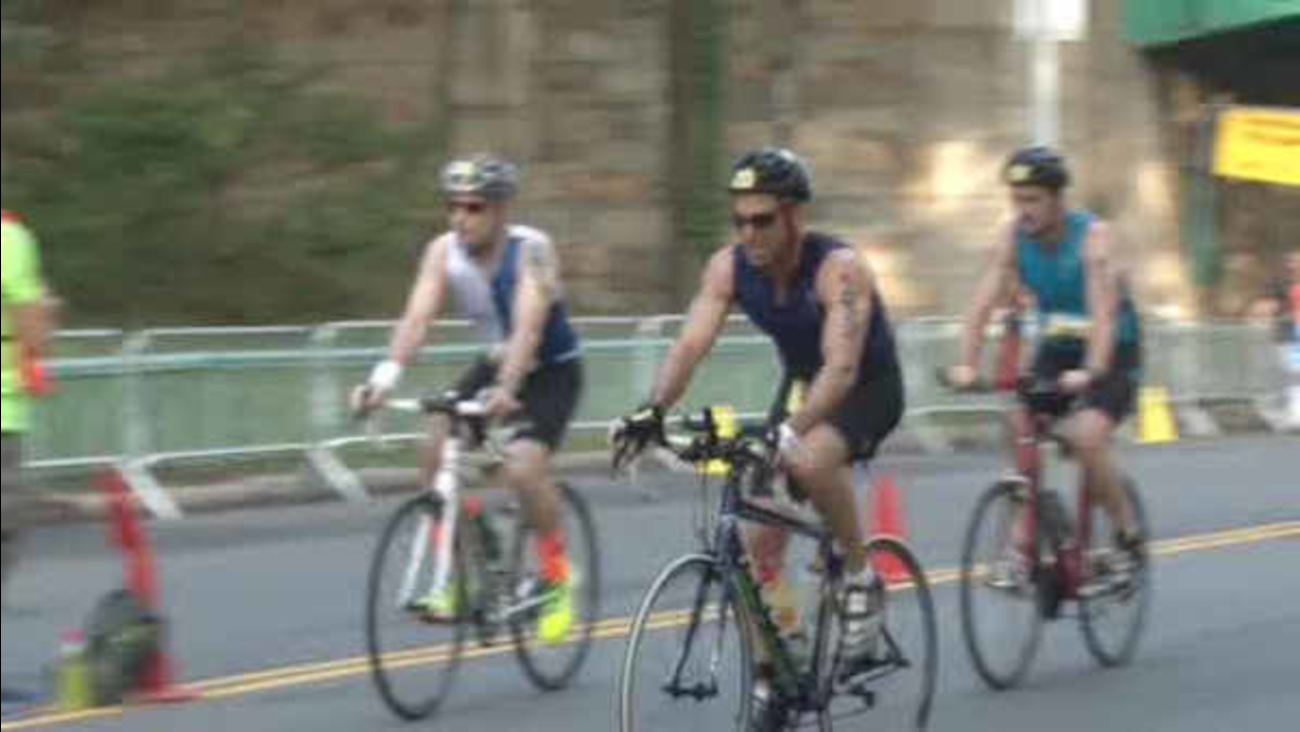 NEW YORK (WABC) -- 4,000 athletes are competing in the 15th Annual Panasonic New York City Triathlon on Sunday, which began at 99th Street and the Hudson River, with athletes crossing the finish line in Central Park.

The triathlon, the only International Distance triathlon in New York City, includes pros, paratriathletes (physically challenged) and age group athletes, ranging in age from 18 to 77.

Athletes are represented from 46 states and 36 countries, including China, Australia, Venezuela, and Germany. Over 350 participants will raise money for 50 charities. A total of $30,000 in prize money will be awarded to the winners in the male and female pro categories.

For the fourth consecutive year, the Accenture Challenged Athletes International Championship will be held during the race and prize money will be offered to physically challenged triathletes.

The Triathlon will also host the Animal Medical Center 5-Mile Doggy Dash with dogs and their humans vying to be the first to cross the finish line in Central Park.

The swim leg began at 5:50 a.m. Athletes will cross the finish line in Central Park from approximately 7:30 a.m. to Noon.

The NYPD says the triathlon will cause road closures 4:00 AM-12:00 PM for the Henry Hudson Parkway northbound lanes from West 57th Street in Manhattan to Mosholu Parkway the Bronx; all southbound lanes of the highway will remain open.

Use alternate routes and expect delays in the area.