7 On Your Side exclusive: New York City subway's weapon in war against trash 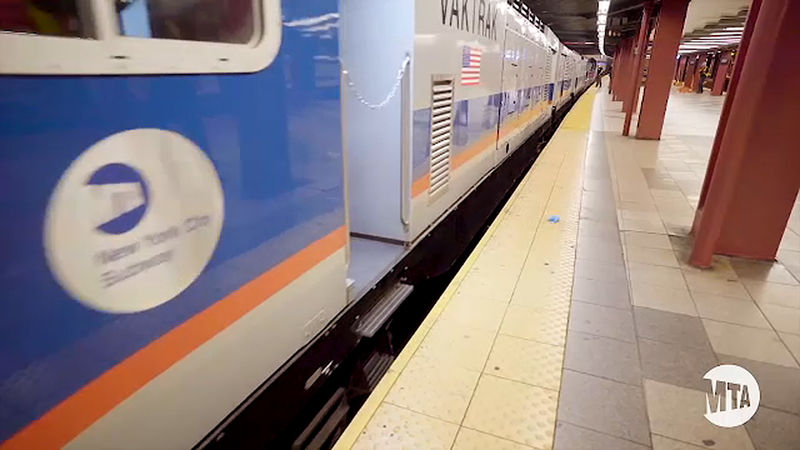 7 On Your Side exclusive: New York City subway's weapon in war against trash

NEW YORK CITY (WABC) -- New York City has a new weapon to fight the leading cause of subway track fires, and 7 On Your Side Investigates got an exclusive look.

The first of three vacuum trains arrived from France only a few months ago, deployed to rid subway tunnels of dangerous trash.

"The efficiency on these next-generation trains are much improved," MTA project manager Anton DePasquale said.

The new trains will replace two vacuum trains that the MTA says constantly broke down.

A 7 On Your Side Investigation earlier this year revealed how delivery of the new vacuum trains was more than a year behind schedule, despite the contractor having won the $23 million project on a promise of "accelerated delivery."

Back then, in response to our investigation, the head of New York City subways told us he read the manufacturer the riot act.

"I said, 'We are the customer. Where are these trains?'" Andy Byford said. "'I don't want to hear any excuses. I want an action plan to get these trains to us as quickly as possible.'"

Ten months later, the first of the three new trains was delivered. And it appears to be working well, as demonstrated for us a few days ago. It can clean more track in less time, without delaying subway trains.

"With previous generation of vacuum trains, we had to reroute them," DePasquale said. "With these, we don't do that. We run them between passenger service, which means we don't interrupt any ongoing passenger service."

The two other trains are scheduled to arrive sometime next year -- still more than two years behind schedule. The French manufacturer has paid out more than $700,000 in late penalty fees.