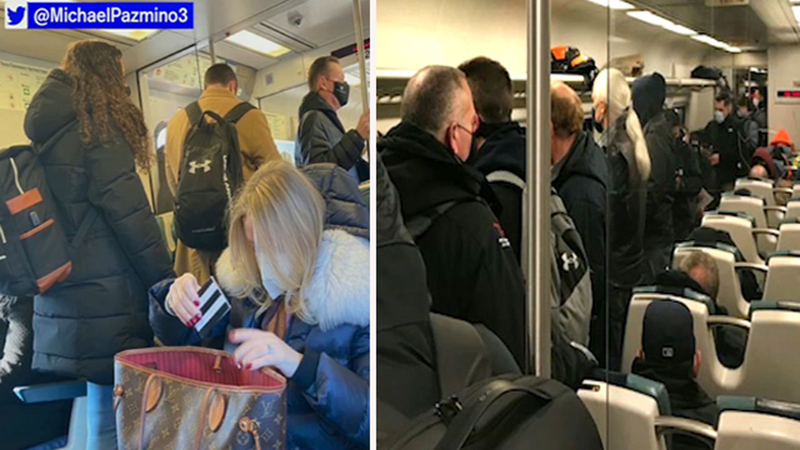 "As a result we will restore our previous timetable on March 29. In the meantime, we will continue to strategically add additional trains and lengthen trains to meet evolving ridership levels. We continue to monitor seating availability with unprecedented clarity thanks to new technology. As declining covid-19 cases and increased deployment of the vaccine allow New York to fully reopen, customers should expect to see more riders returning to trains every day, and we look forward to it."

During a press conference Tuesday, Gov. Andrew Cuomo called on the LIRR to reverse the cuts and increase service.

"You don't want crowed trains, crowded platforms now, I understand the financial constraints, I understand there is a reduced ridership, but it is smarter to have fewer people on a train during this period, even if its not cost effective," Cuomo said.

"Reducing train service as our economy reopens makes no sense, as the LIRR must accommodate for social distancing as more residents get back to work. I will continue to push the MTA as necessary to ensure Nassau residents have the safe, reliable commute they deserve."

It appeared some of the issues from Monday were resolved with extra trains, but some on social media said crowding was still an issue.

Service was scaled back to align due to the dip in ridership levels, which is down 76% since the pandemic started.

But after commuters were forced to stand in crowded trains with no possibility of social distancing on Monday, officials made changes.

Eyewitness News was there as the new Ronkonkoma-based train arrived at Mineola on its way to Penn Station -- and it was pretty popular. The LIRR's train time app showed many of the cars running at about 50% capacity by the time it got to Mineola.

"They're taking the lives of people in their own hands so they can run a skeleton schedule," union president Anthony Simon said. "The economy's starting to pick up a little bit. We're trying to get people back into the city. This is no way to do it."

"I think the most obvious immediate problem is the fact that in the pandemic, more and more people turned to individual (automobiles) rather than mass transit," he said. "We've got to reverse that. We've got to reverse that aggressively, give people faith in mass transit again. This is an occasion for me to say, if we are going to give people faith in mass transit, there actually has to be service there for them. I think what the MTA is doing right now with the LIRR is ridiculous. It's unfair to folks who are coming in here to work and coming here to take advantage of everything. We need folks coming in here as part of our recovery, so the MTA should restore those cuts to the LIRR immediately."

Eng had previously said it was a work in progress.

"We are adjusting," he said. "We knew on day one we needed to see where people gravitated to, whether they changed trains or branches. We are going to continue to observe that."

The railroad monitors ridership levels in real time with a feature built into their app, so the data is available to the public as well.

Eng is encouraging riders to check to see how crowded trains are before they get on, either by looking onboard or through the app.