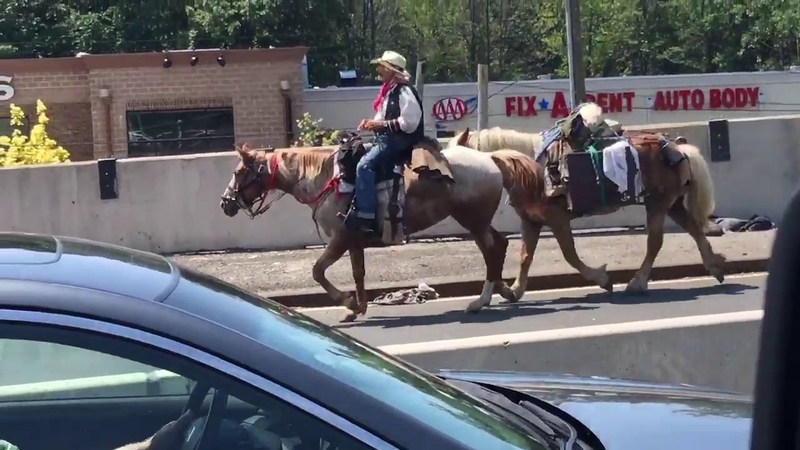 PERTH AMBOY, New Jersey (WABC) -- Traffic was held up on the Outerbridge Crossing Monday for an unexpected obstacle -- a cowboy and his horses.

A man was seen riding a horse and leading another eastbound across the bridge. A police officer was right behind them.

In case you're wondering why there's traffic on the Outerbridge Crossing #outerbridgecrossing #traffic @NBCNews pic.twitter.com/9j8t4zMWDw

The Port Authority said the driver was stopped, when it was safe to do so.

Another viewer alerted us that she spotted the same man and horses in South Jersey over the weekend:

@ABC7NY Saw him on route 9 in south jersey 2 days ago pic.twitter.com/1DYD1X5gjj 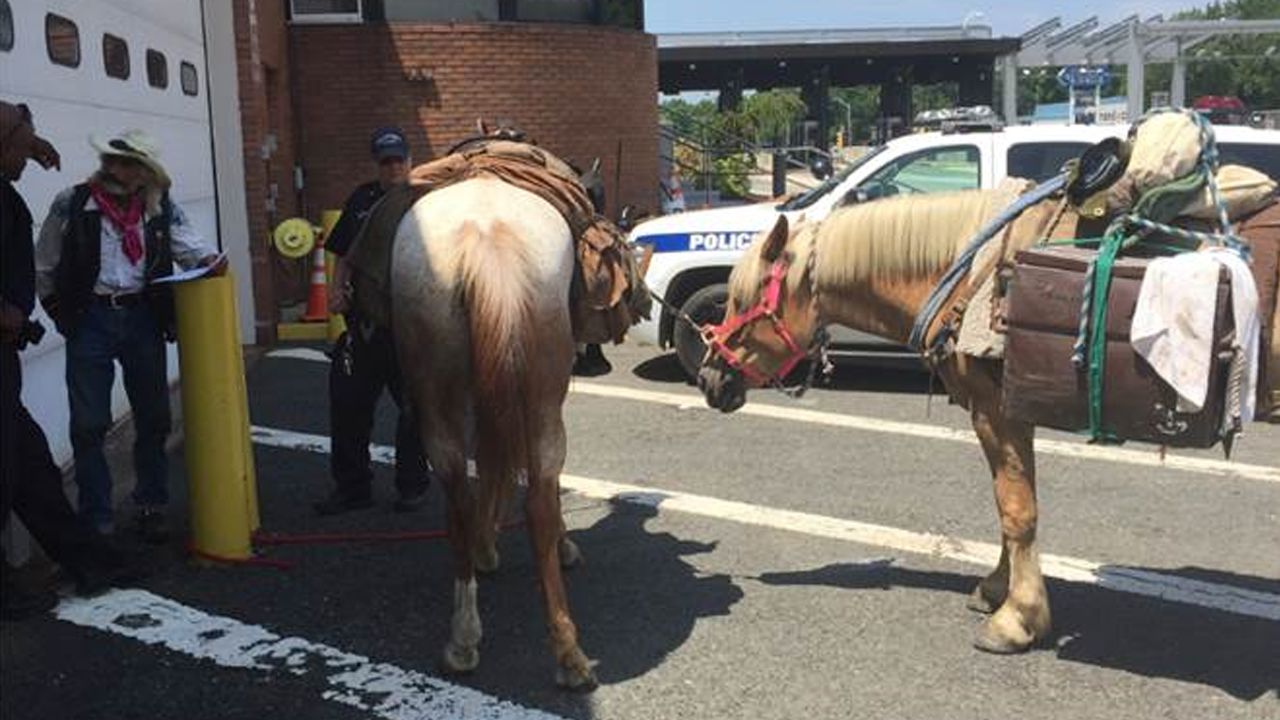 Mishler said a calling from God inspired him to ride horseback across the country. He said in the past, he has completed a journey from Montana to Washington, D.C., by way of California. His motive: to raise hunger awareness.

"The journey is about letting people know we have the money to feed every starving child in the world," Mishler said. "It's not the way that is lacking it's the way to do it."

So where is Mishler headed next?

"I'm headed to the federation of black cowboys. That's where Brooklyn and Queens comes together," said Mishler.

After that, he said he'll go wherever the wind takes him. He's said he's not one for making plans.

Mishler said he does not own a car. And in case you're wondering, he said no one asked him to pay the toll.