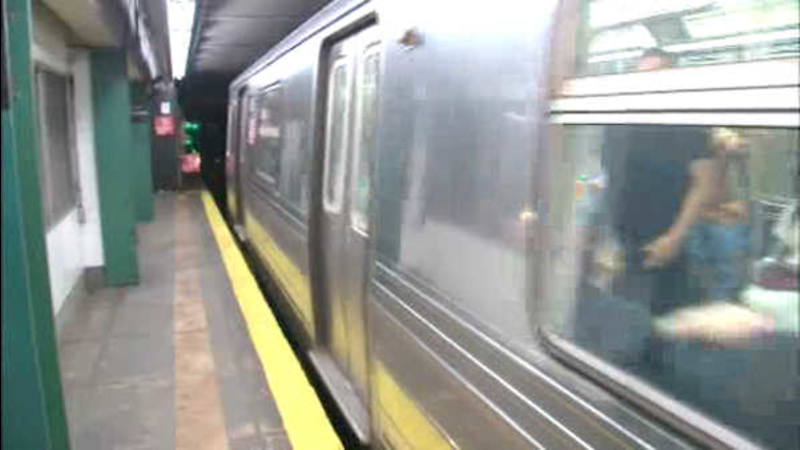 NEW YORK CITY (WABC) -- MTA chairman Joe Lhota on Tuesday unveiled his short-term plan for improvements to the New York City subways, while the battle goes on between the city and state over who is going to fund much-needed repairs to the system.

The announcement comes less than 30 days after Governor Andrew Cuomo declared New York City's subways to be in a state of emergency and directed Lhota to provide a plan for immediate action.

Lhota says the plan addresses a subway system in need of solutions following years of stress by factors including a record volume of customers, aging infrastructure and lack of capital expenditure necessary to grow the system. The initial phase of the plan will attack the key drivers of major incidents causing delays, including signals, track and power.

"New Yorkers are rightfully frustrated with the current state of the subways, and their demands for better service have been heard," Lhota said. "We are committed to earning back their trust by implementing solutions that will enhance the customer experience in the short and long term."

The first phase will begin immediately and will focus on a better customer experience through increased reliability and capacity, enhanced stations and safety, and clear and accurate communication. There are five components:

1. Signal and Track Maintenance
--Expediting a signal repair program that will fix 1,300 signals detected to be most problematic.

--Accelerating the repair of potential track issues across the entire underground track by dispatching 31 teams across the system to target locations with the highest rate of incidents.

--Tripling the Combined Action Teams, which are able to respond to a range of track, power and signal issues without requiring additional support, to cut response times from 45 minutes to 15 minutes.

--The New York State Public Service Commission will announce a plan this week to improve the power signals throughout the system.

--Prioritizing the inspection and repair of doors, which cause 40 percent of car breakdowns.

--Launching a seat removal pilot program on select lines, beginning with the Times Square Shuttle and the L line to increase capacity by 25 riders per car.

--Adding cars to trains on lines, such as the C Line, where platforms are long enough.

--Including interior upgrades as part of the regular maintenance cycle to improve the customer experience.

3. System Safety and Cleanliness
--Increasing the frequency of station cleaning by 30 percent.

--Launching a program at priority stations to deep clean, repaint and repair tile, as well as facilitating timelier elevator and escalator repairs to help improve accessibility.

--Calling on the NYPD to increase its presence at stations to deter illegal activities such as harassment, sexually inappropriate behavior, loitering, aggressive panhandling and littering.

--Launching a littering awareness campaign to educate customers on the consequences of littering, which contributes to 700 fire-related delays every year.

--More than doubling the number of stations with dedicated EMTs for medical emergencies and coordinating with FDNY EMS for best coverage of the system.

--Revising communications protocols to provide clearer, more timely information to customers during incidents and better information about the work being done to the system.

Phase Two of the NYC Subway Action Plan will be outlined in the coming weeks and will focus on modernizing the system, including:

--Incorporating the most promising innovations from the MTA Genius Transit Challenge.

In addition, the MTA will be launching a public dashboard to measure categories important to our customers, including reliability, safety and customer experience.

At the sweltering City Hall station Tuesday evening, Mayor de Blasio dug in his heels, claiming the MTA has plenty of money to cover the costs on its own.


He has other priorities.