WABC
NEW YORK (WABC) -- Hours after 7 On Your side Investigates reported that delivery of new subway vacuum trains had fallen a year behind schedule, the new head of the Transit Authority had the heads of the French manufacturers on the phone.

"I put them through the ringer," said Andrew Byford, President of New York City Transit Authority. "I said, 'We are the customer, where are these trains? I don't want to hear any excuses, I want an action plan to get these trains to us as quickly as possible.'"

Four days ago, our investigation revealed how NEU of France is more than a year behind schedule on delivering three new vacuum trains. The company won the $23 million bid back in 2015, in part, because they promised an "accelerated delivery" of the trains. Two of those trains should already be here sucking up track garbage.

In an interview following the report, Byrford said, "We've had nothing but excuses, I don't want excuses, I want the vacuum trains."

There is an urgency to getting the trains here because the old ones are often broken down and trash fires remain at around 700 a year, causing delays.

Our investigation found piles of trash at many stations. On the R and W lines in Midtown, we saw trash clogging drains with a soupy mix of mud and debris.
EMBED More News Videos

NYC's transit president is putting significant pressure on the manufacturer of a trash train after delivery has been delayed.

The C train on the Upper West Side had what appeared to be weeks-worth of trash covering the tracks.

After our report, the Transit Authority president told the head of the French company and the subcontractor they had one week to come up with an action plan.

On the phone, Byford told them, "I want to see triple shifting, if they're not doing it and at their expense, not ours." He added, "In the meantime, we are applying liquidated damages, daily fines and they will continue to accrue, I reminded them of that."

This former head of subway in London and Toronto says he's also holding himself accountable along with his project managers.

"Their mandate is crystal clear," Byford said, "I want things on time, I want them on budget and to the required level of quality and reliability."

If using the app, click here to send us a news tip
Report a correction or typo
Related topics:
trafficnew york citymta7 on your side investigationsubwayandy byford
Copyright © 2021 WABC-TV. All Rights Reserved.
RELATED 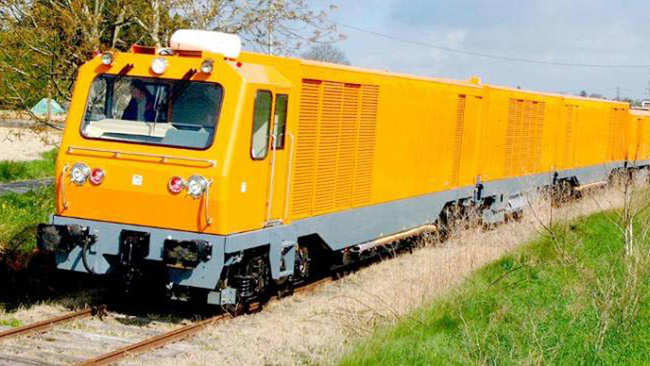 'This is the worst': Small businesses struggling this holiday season