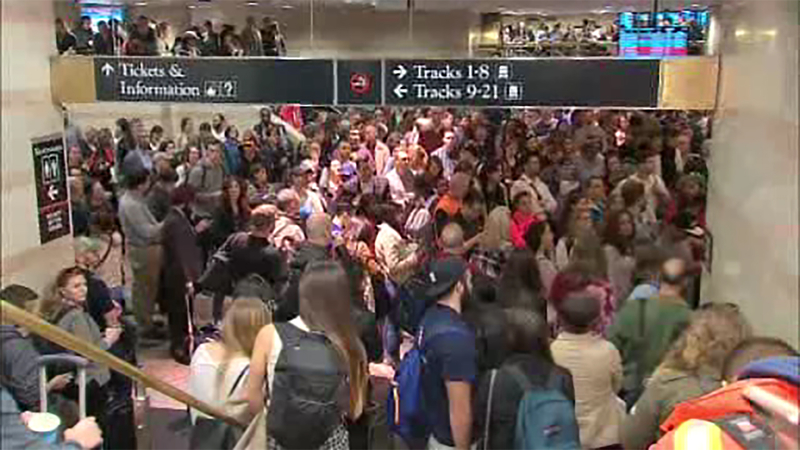 NEW YORK (WABC) -- A train with about 1,200 passengers became stuck in a tunnel between New York and New Jersey for nearly three hours on Friday, and the chaotic scene escalated to pandemonium when Amtrak police used a stun gun to subdue a disruptive man in a station, sparking a stampede.

The train was disabled due to a loss of power in the tunnel.

A rescue train was dispatched to push the train into New York Penn Station.

NJ Transit Northeast Corridor train #3850 departed Trenton at 1:44 p.m., and was scheduled to arrive at Penn Station New York at 3:15 p.m. It eventually made it after 6 p.m.

The Hudson River Tunnel (South tube) which had overhead power problems and caused the train to become disabled is now operational.

The FDNY responded to Penn Station New York to assist any passengers in need help.

Eric, an Eyewitness News viewer, sent this photo from inside the train. 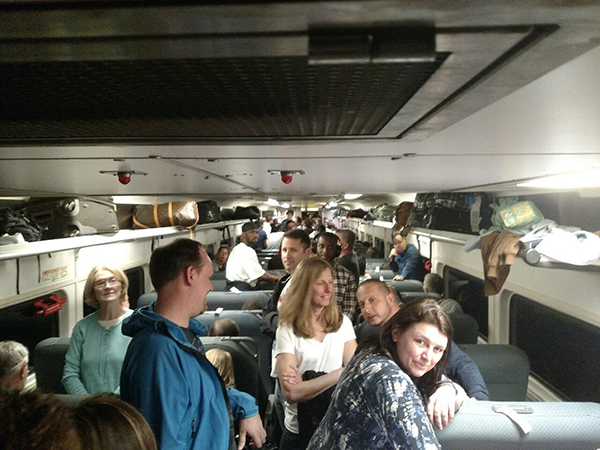