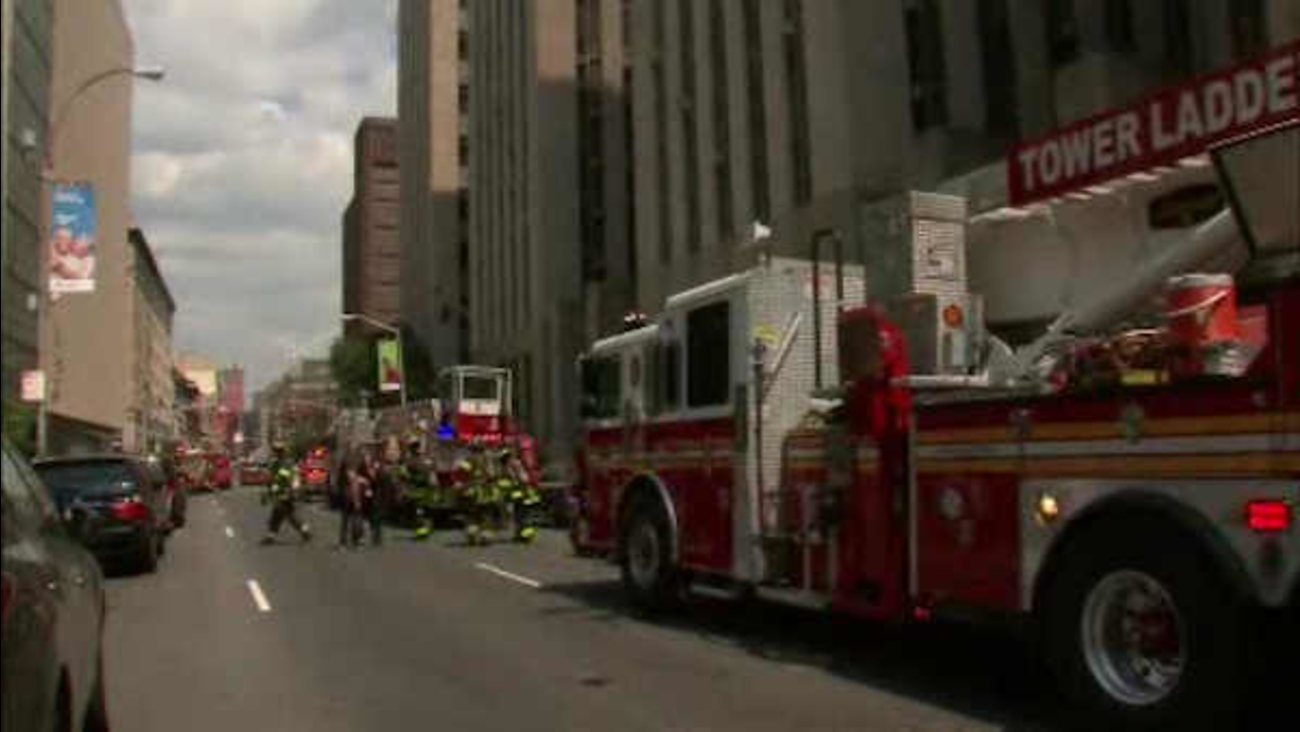 LOWER MANHATTAN (WABC) -- A transformer malfunction is being blamed for igniting a fire that caused a heavy smoke condition Friday at a criminal court building in Lower Manhattan.