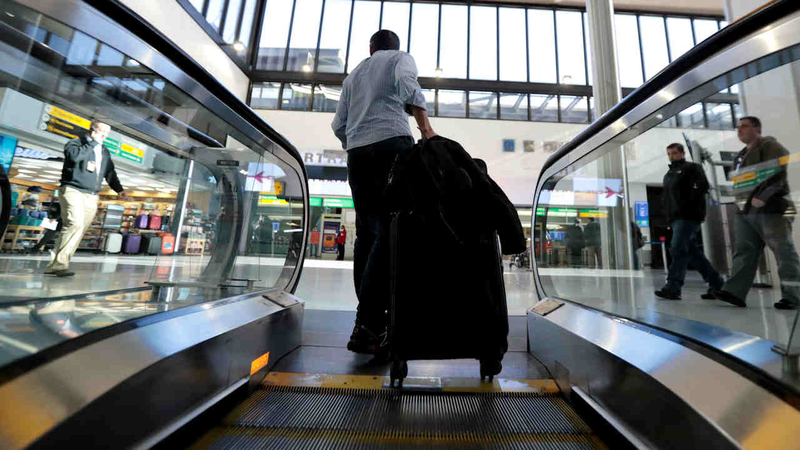 Holiday travel not as heavy as expected the day before Thanksgiving

NEW YORK (WABC) -- It's one of the busiest travel days of the year as millions of Americans get ready to celebrate Thanksgiving.

Americans took to the roads, air and railways Wednesday for what is expected to be the busiest Thanksgiving travel period in almost a decade.

The Port Authority has canceled all non-emergency construction on the George Washington Bridge, along with the Holland and Lincoln tunnels and all Staten Island crossings. Holiday travelers shouldn't be delayed by construction and paving on Connecticut's roads and highways either.

Gov. Dannel P. Malloy announced Tuesday that the work will be suspended over the coming weekend, beginning Wednesday through 8 p.m. on Monday. He says only emergency work will be performed during that period.

Almost 49 million people are expected to travel 50 miles or more between Wednesday and Sunday, the most since 2007, because of lower gas prices and an improving economy, according to AAA.

It will be the first time many have gathered with family and friends since the rancorous election between Republican Donald Trump and Democrat Hillary Clinton, and many say they hope they can leave politics behind - even for just a day.

"We'll avoid it," said 47-year-old boilermaker Kevin Baumann, who stopped in central Montana Tuesday on his way home to Spokane, Washington, after working on a coal plant in Iowa. "We've got bigger things to talk about during the holidays."

James Arnold, 18, a freshman at Eastern University in Philadelphia, expects that the election will be a big topic of conversation during Thanksgiving dinner at his family's home in Silver Spring, Maryland.

"My family loves to talk about things together and the election is something huge," he said Tuesday while waiting for a train.

"Every holiday they sit down and talk about things like that," he added. "It's going to be interesting."

The weather appeared to be cooperating for the most part, with no significant issues as of Wednesday morning. There was light rain in Chicago, a major airline hub, but delays were only averaging 15 minutes, according to the Chicago Department of Aviation.

"It looks pretty quiet across the country today; I'll take it," Seeley said.