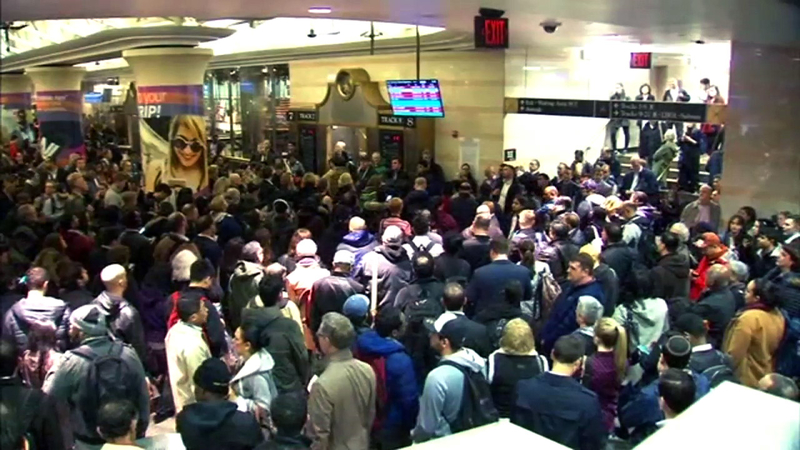 NEW YORK CITY (WABC) -- The tunnels that head under the East River are in critical need of repair, lawmakers say. They accuse the MTA of not using federal money to make repairs.

"We will again be getting pain with no gain. I continue to play rider roulette," says Mark Epstein of the LIRR commuter council.

As a bi-partisan voice, they are urging the MTA, along with Amtrak to use $432 million in federal money to make critical repairs to the East River Tunnels damaged five years ago by Superstorm Sandy.

Senator Schumer obtained the money, and others grow more concerned. When they see incidents like this one, where trains were stranded in the tunnels because of an electrial problem, there are also security concerns.

"Thinking about those commuters down there, I'm thinking about potential hazards that preesents, so this has risen to a critial level," says Assemblyman Tom Croci.