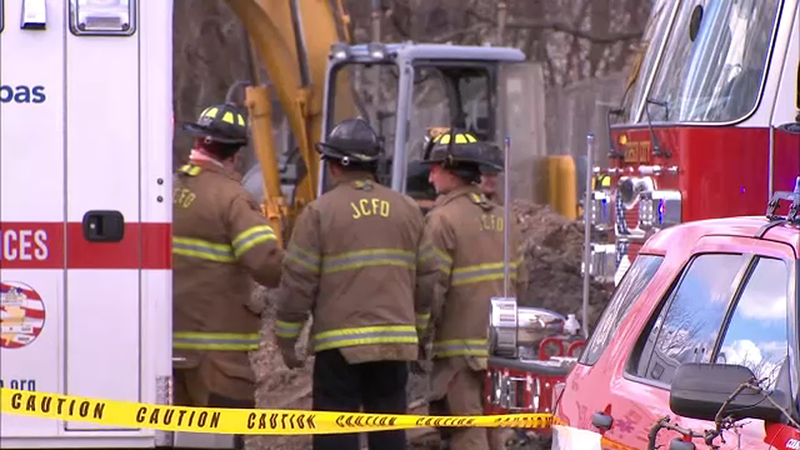 JERSEY CITY, New Jersey (WABC) -- The body of a construction worker has been recovered after he became trapped in a trench collapse at a site in New Jersey Thursday morning.

Crews were digging a large trench to replace a water line in the parking lot of Summit Plaza in Jersey City when the collapse happened around 9:30 a.m.

The 35-year-old worker, part of a small family-run business, was trapped in the hole for five hours before his body was freed.

He was reportedly working with his father and brother, who were visibly distraught at the scene.

The victim was buried up to his chest in dirt, mud and debris, and officials said he did not survive.

Sources tell Eyewitness News he leaves behind a pregnant wife.

The project involved replacing a water line for a sprinkler system that goes to the apartments in Society Hill.

The Medical Examiner was at the scene, as the fire department worked to shore up the hole to remove the victim's body.

OSHA responded, and so far, the incident is being called a tragic industrial accident.

The cause of the collapse is under investigation, and it is unknown if the windy or rainy weather played a role.