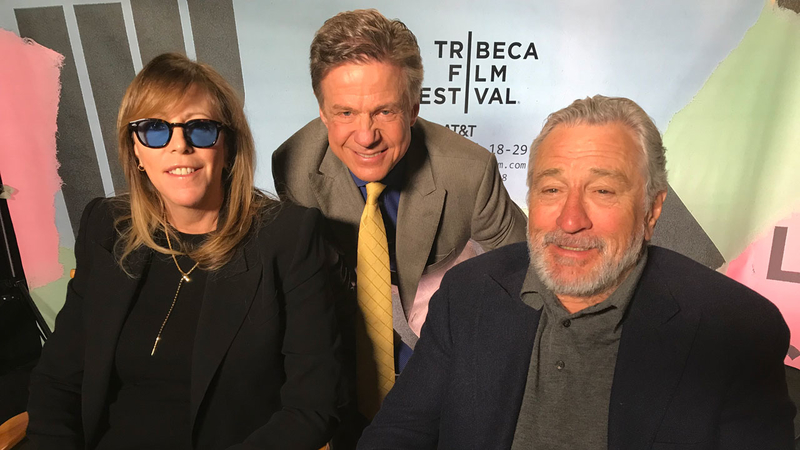 NEW YORK (WABC) -- For more than a decade and a half, the Tribeca Film Festival has remained relevant by reflecting what's happening in our city and our country.

This year, the festival looks forward by first looking back to one of the original stars of "Saturday Night Live."

Opening night celebrates the life of one woman, Gilda Radner, who came to embody so many.

In a new documentary called "Gilda," various stars read her words from her journal.

"First and foremost, my main priority is that I am a girl," she writes.

"Gilda" was directed by a woman, like almost half of all the movies at the festival.

"I think it's very meaningful. It's great. It's great," said festival co-founder Robert De Niro. "And it's as it should be."

This year's festival is the first since the Harvey Weinstein scandal forced Hollywood to confront the issue of sexual harassment. De Niro has called this a "watershed moment" and believes true change is possible.

"I didn't realize sexual harassment was so common or prevalent," he said. "The whole harassment in the workplace has to be dealt with, and now it is. I don't think people are gonna let it go."

Deniro and his business partner, Jane Rosenthal, founded The Tribeca Film Festival as a way to help revive their neighborhood after 9/11. Since then, this event has, like the city itself, grown even stronger.

"It's more mature if you will," Rosenthal said, comparing the event to "good wine."

Movies that have stood the test of time like "Scarface" will be screened. The program is a diverse mix of old and new that also reflects changes in technology, which have created new opportunities.

"Anyone can make a film," Rosenthal said. "Our programmers have to sift through over 8,700 submissions that come in for competition."

The best films among that very big group will be shown around Manhattan for the next 10 days.

It features public conversations, like the one De Niro will have with Bradley Cooper, and an entire day devoted to the #MeToo movement, which combats sexual harassment.