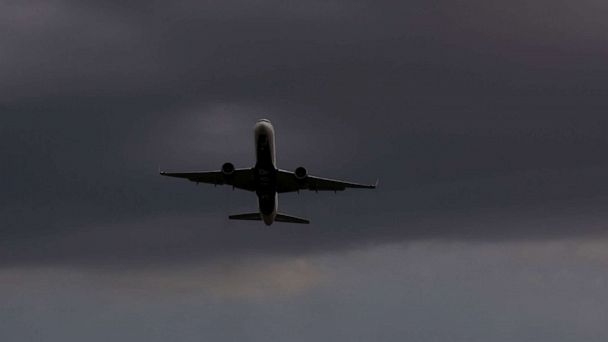 Tropical Storm Dorian is forecast to continue to strengthen as it heads towards Lesser Antilles today.

Dorian has winds of 40 MPH and is currently moving west at 13 MPH. The storm is located around 555 miles ESE of Barbados.

A Tropical Storm Watch has been issued for Barbados as Dorian will continue to move west today and then begin to turn slightly northwest when it will be near Lesser Antilles late Monday and into Tuesday. Dorian will likely bring up to 6" of rain to Lesser Antilles when the storm makes its closest approach.

In the next few days, Dorian will enter an environment with warm ocean water which should promote some strengthening. However, it is also entering a region where the mid-levels of the atmosphere are rather dry meaning the storm will be limited in the amount it could intensify.

In the Southeast of the country, a disturbance just east of Florida is drifting north and east this morning. This weather system will enter an area that is favorable for some development and it is possible a new Tropical Depression could form in this region over the next couple of days. However, at this time, it appears that this system will ultimately be pushed out to sea avoiding any significant impact or disruption to the east coast.

Another weather system near the coast of Louisiana continues to bring scattered thunderstorms and heavy rain to parts of the region. While no true tropical development is expected, heavy rain will remain possible through Monday and some places may receive over 4 inches of rain in southern Louisiana and extreme southeast Texas with flash flood watches being issued for parts of this region.

Elsewhere this morning, another round of storms is currently moving through Kansas as a severe thunderstorm watch has been posted for parts of the state through 7AM CDT. Additionally, slow moving storms could quickly drop heavy rainfall and a handful of Flash Flood watches remain in effect for parts of the Central Plains.

Later today, storm activity should also fire up along a stalled stationary front across parts of the Mississippi River valley and into parts of western Missouri and Arkansas.

As all this storm activity slides eastward the next few days with pockets of flash flooding possible with over 3" of rain in the slowest moving storms.
Report a correction or typo
Related topics:
abc newsnational
Copyright © 2021 ABC News Internet Ventures.
More Videos
From CNN Newsource affiliates
TOP STORIES