"It's been a difficult 10 years": Mother of Tyler Clementi starts foundation to end bullying 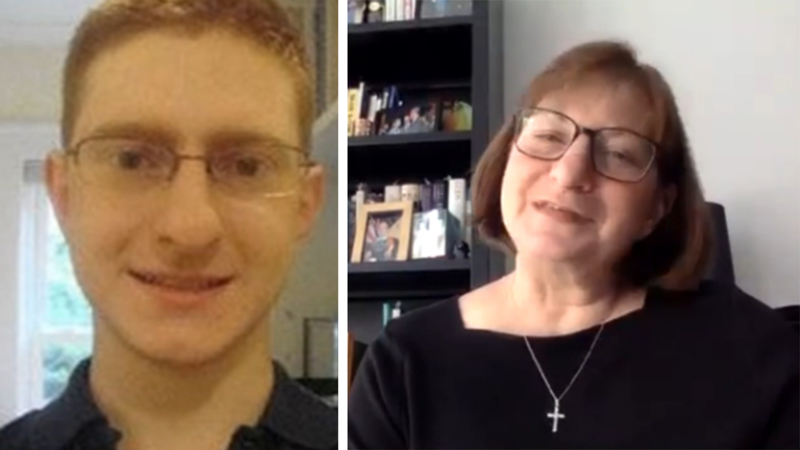 NEW JERSEY (WABC) -- It has been a decade since Tyler Clementi died by suicide following an incident at Rutgers New Brunswick, and his family has used that time to honor his memory and do a lot of good.

"When I think about Tyler, I feel like it's been an eternity since I've been with him, since I saw him smile, heard his giggle, his laugh, was able to hug him," said Jane Clementi, Tyler's mother.

That giggle, that smile, the hug that feels like an eternity for Jane Clementi was 10 years ago.

Her youngest son Tyler was an intelligent, bright-eyed freshman at Rutgers New Brunswick, when tragically, on September 22, 2010, the 18-year-old died by suicide.

He was distraught after learning his new roommate had secretly live-streamed him kissing a man.

Tyler posted on Facebook he was going to jump off the George Washington Bridge and then he did it.

"Time is interesting. It's been a difficult 10 years," Jane Clementi said.

It has also been a purposeful 10 years. Since Tyler's death, his family started the Tyler Clementi Foundation with the mission of ending bullying in schools, online, and places of faith.
"Our very first initiative and the one that's near and dear to my heart is our Upstander pledge," Jane Clementi said. "That truly relates to Tyler's story because so many people saw what was going on and no one spoke up and reached out to Tyler."

A million people have taken the foundation's pledge to actively stand up to bullying. That's just one of nearly a dozen educational and anti-bullying programs including a virtual youth ambassador program with participants in 20 different states, Canada and South Africa.

"We give instruction and awareness and education around bullying situations and help them bring some type of initiative to their space," Jane Clementi said.

On the Rutgers campus, there is now the Tyler Clementi Center for Diversity Education and Bias Prevention.

"It's been a journey, we are small but mighty trying to have a huge voice out in the world," Jane Clementi said.