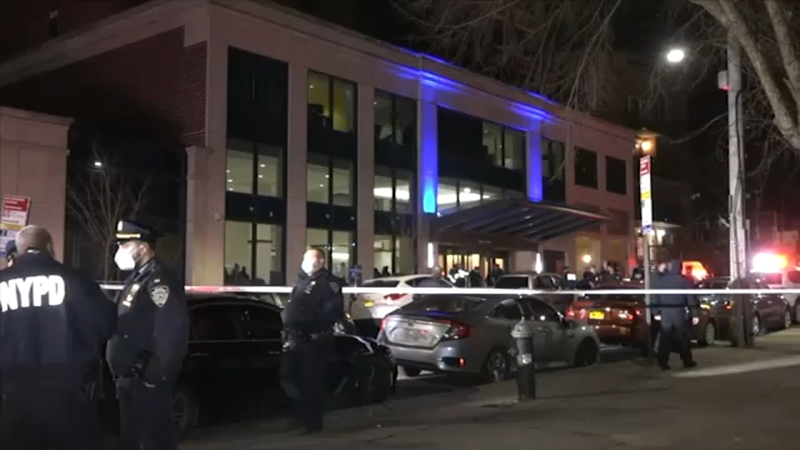 Queens hotel that was scene of triple shooting reportedly closes

KEW GARDENS, Queens (WABC) -- The Queens hotel that was the site of New York City's first shooting homicide of 2021 on New Year's Day has reportedly closed.

The New York Post says the Umbrella Hotel in Kew Gardens now has "hotel closed" signs posted in the lobby.

A group who rented a room at the Umbrella Hotel for a New Year's Eve party got into a street dispute with another group when 20-year-old Robert Williams was killed in a triple shooting. 2 others were injured.

This week, Mayor Bill de Blasio said he would move to have the hotel shut down.

Neighbors had long complained the hotel was a hub for drugs and violent crime.

The California woman who was arrested after being seen on video tackling a Black teenager whom she falsely accused of stealing her phone at a Manhattan hotel has been arraigned.