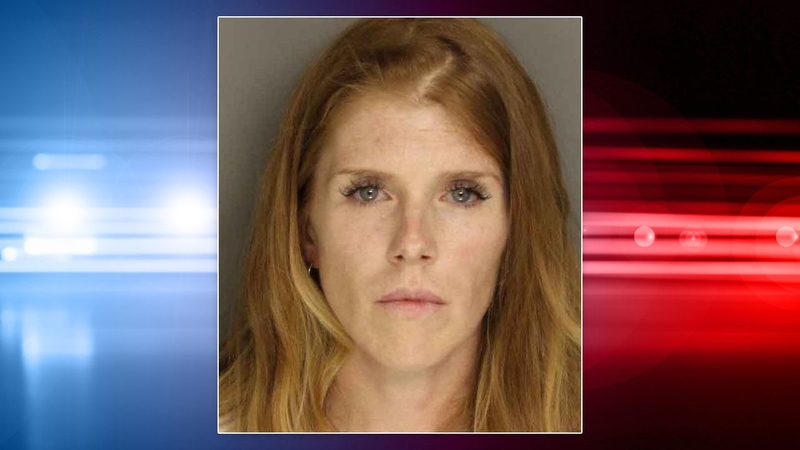 KENNETT SQUARE, Pennsylvania -- A Pennsylvania teacher's aide was arrested after police say she had sexual contact with two male students.

Authorities say Maufort was an employee of a company that provides substitute teachers, aides, and administrative support staff to schools, including the Unionville-Chadds Ford School District.

At the time of these incidents, police say Maufort was a substitute teacher's aide at Unionville High School.
EMBED More News Videos

Action News was there as Sheri Maufort was brought in by police.

In a statement Wednesday, Chester County District Attorney Tom Hogan wrote, "I have said it before and I will say it again. Rule No. 1 for school staff is: 'DO NOT HAVE SEXUAL CONTACT WITH A STUDENT.' If you break this rule, you will be fired, sent to jail, and never work in a school again."

According to authorities, Maufort had substituted in a classroom at the high school on a few occasions. The two victims were students in that class.

They say Maufort contacted the first victim, who was under the age of 18, by text and asked him to come outside of his home to meet her. He got in her car and they drove away.

Authorities say she supplied him with alcohol and then parked at a restaurant in Birmingham Township. The two walked into a field where she kissed him and performed a sex act on him.

Authorities say she told the student not tell anyone what happened and to call her when he turned 18.

According to officials, Maufort's husband showed up at the restaurant and drove the victim home.

Approximately three weeks later, officials say she contacted the second victim, who was 18 at the time, but still a student at Unionville High School.

Officials say the two incidents took place in August and September 2016. The incidents were reported to police on November 11.

Unable to make bail Wednesday afternoon, Maufort exited the courtroom covering her face with a coat.

In court, it was said as a juvenile Maufort was charged with theft and had a DUI as a 26-year-old.

Her attorney says she will vigorously fight the current charges.

"My client, like a great number of people, has had issues with the law as a juvenile and a very young woman. She has lived a law abiding life and raised a decent family," attorney Lloyd Long III said.