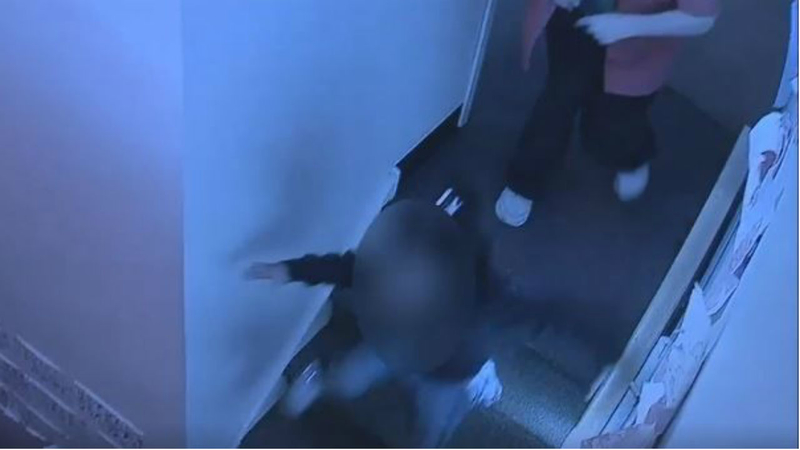 UPPER DARBY, Pennsylvania -- A Delaware County daycare worker is facing charges after video captured a horrific incident, in which the worker pushed a 4-year-old girl down a flight of steps.

It happened around 5:15 p.m. Friday at Childcare of the Future, located on the 700 block of Secane Avenue in Primos.

A camera, installed just a half hour before the incident, captured it all on video.

Upper Darby police released this surveillance video from inside the daycare.

In the video you can see the girl enter the picture at the top of the steps, when for seemingly no reason, Gable approaches from behind and shoves the girl down approximately six steps.

Gable then follows the girl down the steps, helps her up and then looks squarely at the camera.

Luckily, the girl was not seriously injured.

"When parents give their kids to daycare centers, the expectation is that their children are going to be taken care of," Chitwood said.

Police say as soon as the daycare owner discovered the video of the incident, Gable was confronted and police were contacted. She was then fired from her job at the daycare.