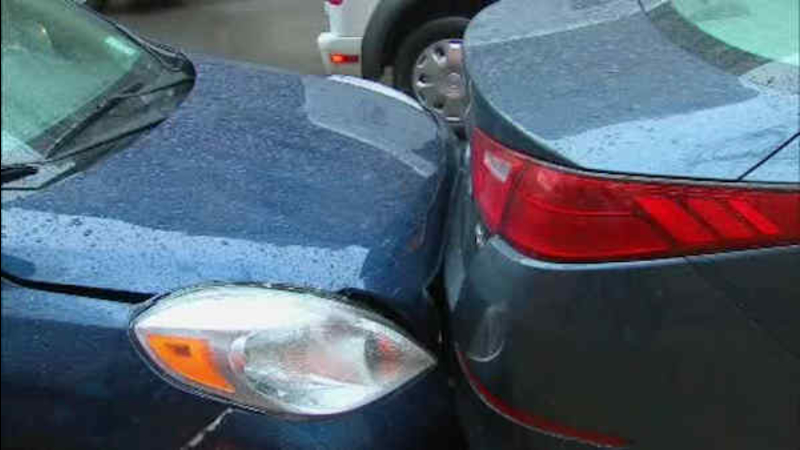 Runaway bus accident on the Upper West Side

UPPER WEST SIDE, Manhattan (WABC) -- No one was injured when an unmanned bus rolled backwards and crashed into a parked car on the Upper West Side Wednesday afternoon.

The MTA says the bus driver had just finished his run, and there were no passengers on board at the time.

They say he failed to properly secure the vehicle, which rolled backwards and struck one car, causing a chain reaction involving at least three other parked cars.

The incident, however, could have been much worse. The street is all downhill, and if the parked cars had not been in the way, the first thing the bus would have struck is a giant oil tank parked directly outside of PS 75.

The driver of the second car involved in the chain reaction spoke to Eyewitness News.

"I have no idea what happened," John Kim said. "I'm upset it's the holiday weekend; what am I going to do about it? It's the city. What can you do? You can't fight City Hall...They would pay for it, they said."