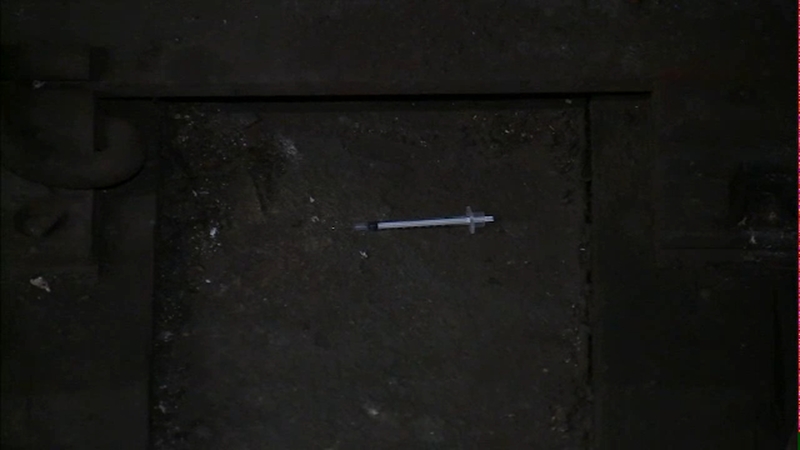 The syringes are scattered all over the tracks and often on the platform at the 181st Street subway station in Washington Heights, a popular sight for addicts to shoot up heroin.

Straphangers are worried about their safety and their children's safety from the unsanitary mess.

"They leave garbage and everything they do," passenger Luis Barbiel said. "And they have like beds, like they're living in a house."

The MTA certainly recognizes the problem and is bothered by it as well.

"Our new station management and other personnel have repeatedly raised this very concerning issue with the nearby mobile needle distribution program and our NYPD partners, and we're deeply dismayed that this issue has persisted," an MTA spokesperson told Eyewitness News in a statement.

There were signs of action to these issues as workers were seen cleaning the station and police officers removing men sleeping on the platform. A mobile needle unit on the street was also found near the subway entrances.

"It's a sad situation," straphanger Santana Burriss said. "I mean, neighborhoods like this are kind of neglected for that particular reason. It's a trickle-down effect. It's something that you are used to. You grew up around it. Unfortunately it's something that is by design, it seems like."