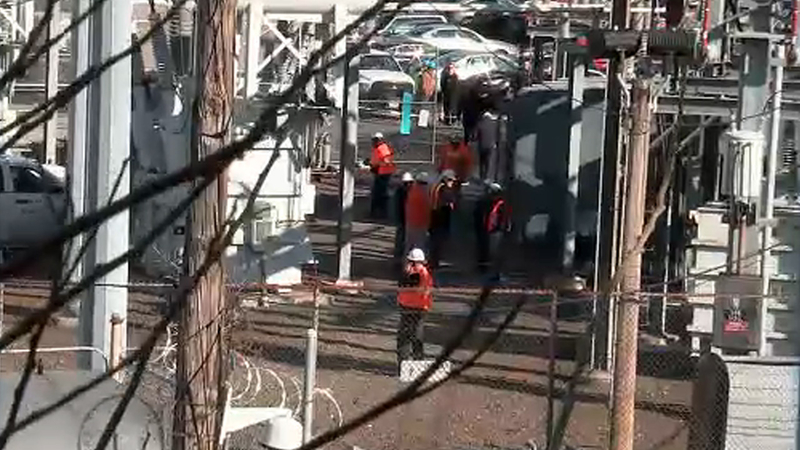 Amtrak worker killed, 2 others hurt in accident near NYC railyard

PARKCHESTER, Bronx (WABC) -- An Amtrak maintenance worker was killed and two others were injured following an explosion triggered by an electrical accident near a railyard in the Bronx Thursday.

It happened on Unionport Road in the Parkchester section around 11 a.m., at an Amtrak substation located next to Con Edison's Van Nest facility.

Authorities say the worker was doing fuse work on a transformer, and the power was supposed to be turned off but wasn't.

"I looked over to my left, and I saw right by the train tracks...I saw this big fireball," said witness Lela Sookchan, who was driving on the Unionport Bridge that overlooks the tracks and substation. "I didn't know what was happening, so there were a few cars in front of me that I start honking my horn so they can move, you know, we could get off the bridge. I really don't know what's going on, so I ended up calling 911."

The worker was pronounced dead at the scene. The other two workers suffered minor injuries.

Train traffic was temporarily halted in the area, and Amtrak delays were reported as a result of the police investigation.

"We are deeply saddened to report the death of an Amtrak employee. The incident happened at approximately 11:05 a.m. at a substation just outside of New York City. There are reports of two additional nonlife-threatening employee injuries. Trains are being delayed through the area as local authorities respond. A full investigation is underway."

It is unclear why the power was not shut off, and the investigation is ongoing.