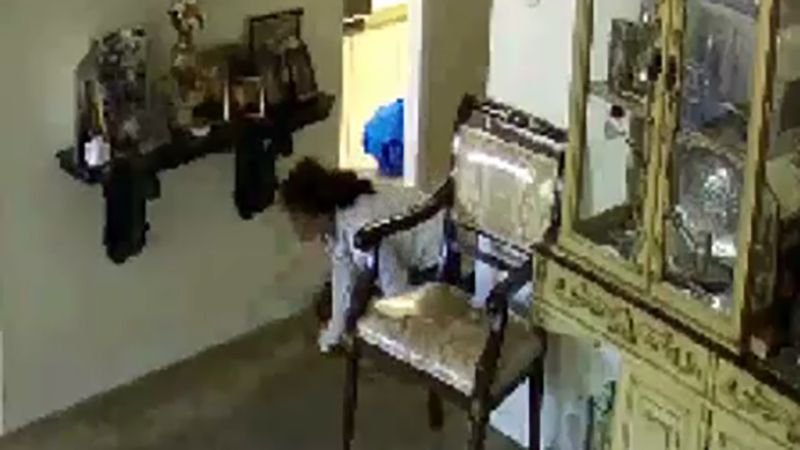 BOROUGH PARK, Brooklyn (WABC) -- Police are looking for a home invasion suspect caught on surveillance video crawling through the home of a 90-year-old woman in Brooklyn.

The robbery happened on just before 5 p.m. on July 23, in the vicinity of 15th Avenue and 48th Street in Borough Park.

Authorities say the victim was inside her residence at the time.

The unknown female individual entered through an unsecured door and then fled on foot in an unknown direction with jewelry and silverware with an approximate value of $2,000.

The individual is described as a female Hispanic, last seen wearing a white shirt and blue pants.

UPDATE: Police have arrested 45-year-old Umeda Gafurova and charged her with burglary and criminal possession of stolen property. They say she was spotted by detectives from Brooklyn South warrants squad Tuesday morning. She was reportedly wearing the same clothing she was wearing in the surveillance video.