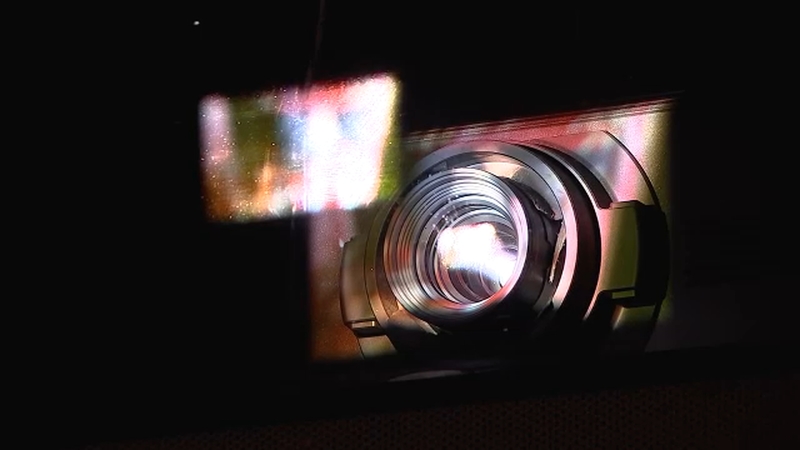 The films offer insight to better understand the role AIDS plays in the lives of positive people all over the world, with filmmakers from Mexico, Greece, Chile, Spain, Uganda and India -- all with unique experiences about living with AIDS.

From the perspective of trans women, gay men, and even teens who were born with AIDS, the purpose of the film project and subsequent discussion is to stand up to stigma, educate and advocate.

"While we are living through the AIDS pandemic and the COVID pandemic simultaneously this year, we took extra care to safeguard the legacy of this annual project to transition to a digital event with a true global voice," Visual AIDS Executive Director Esther McGowan said. "This project is our mission at work, both providing support for artists impacted by AIDS and HIV, while raising awareness, educating the public, and standing up to stigma. We are proud to partner with the Whitney Museum of American Art, The Studio Museum in Harlem and The Museum of Contemporary Art in Los Angeles to raise the visibility of this project as well as a number of other institutions who champion advocacy through art."

Visual AIDS is the only contemporary arts organization fully committed to raising AIDS and HIV awareness through dialogue, art exhibitions and public forums. The annual Day With(out) Art began in 1989.

"One part of our mission is using art in AIDS activism," McGowan said. "And the other part is supporting artists living with HIV in different ways."

While new infections of HIV are down 14% in New York City from 2018-2019, there's a disproportionate amount of positive cases among Blacks, Latinx and transgender New Yorkers -- which is why community outreach remains so important.

"Even though we've made some great strides, there are still inequities that we are facing," said Shanaleigh Mejia, with Alliance for Positive Change. "So we have to break that mold by being out here educating everyone."

On Tuesday, the Alliance for Positive Change offered free HIV screenings in the Bronx. COVID-19 is particularly dangerous for those with HIV, and as the world's newest pandemic is on the verge of a vaccine, HIV continues with no cure and an intractable stigma.

As this year's programming gives faces and personalized stories to the global AIDS epidemic, the list of movies and the broad range of subjects they cover include:

--Las Indetectables, Me Cuido: Questions the relationship between colonial paradigms of health, religious guilt, and the stigmatization of people living with HIV in the context of Chile's capitalist and neoliberal regime.
--Lucía Egaña Rojas, Female Disappearance Syndrome: Rojas challenges gendered representations of HIV and AIDS, investigating what Lina Meruane has termed "female disappearance syndrome"-the erasure of women living with HIV from conversations about the epidemic.
--Charan Singh, They Called it Love, But Was it Love?: Depicts scenes from the lives of kothis living in India. Reduced to a "risk group" by public health campaigns and misunderstood through Western notions of gender and sexuality, these protagonists have real lives and inhabit unique worlds with their own quests for fulfilment and love.
--George Stanley Nsamba, Finding Purpose: Reflects on the experience of producing a film about the lives of teens born with HIV in Uganda and the pervasive stigma that surrounded the project.
--Jorge Bordello, Ministry of Health: Employs the aesthetics of horror movies and silent film to evoke the adverse effects of pharmaceuticals on four men living with HIV in the city of Tlaxcala, Mexico
--Gevi Dimitrakopoulou, This is Right: Zak, Life and After: A portrait of Zak Kostopoulos, a well-known queer AIDS activist who was publicly lynched to death in Athens in 2018. Zak's chosen family and community highlight Zak's activist life and the response that his murder has galvanized.

Each film is be available in in English, Spanish, French, Japanese, Greek, Turkish, Portuguese, and Polish.

Toni Yates has more on the shocking discovery.