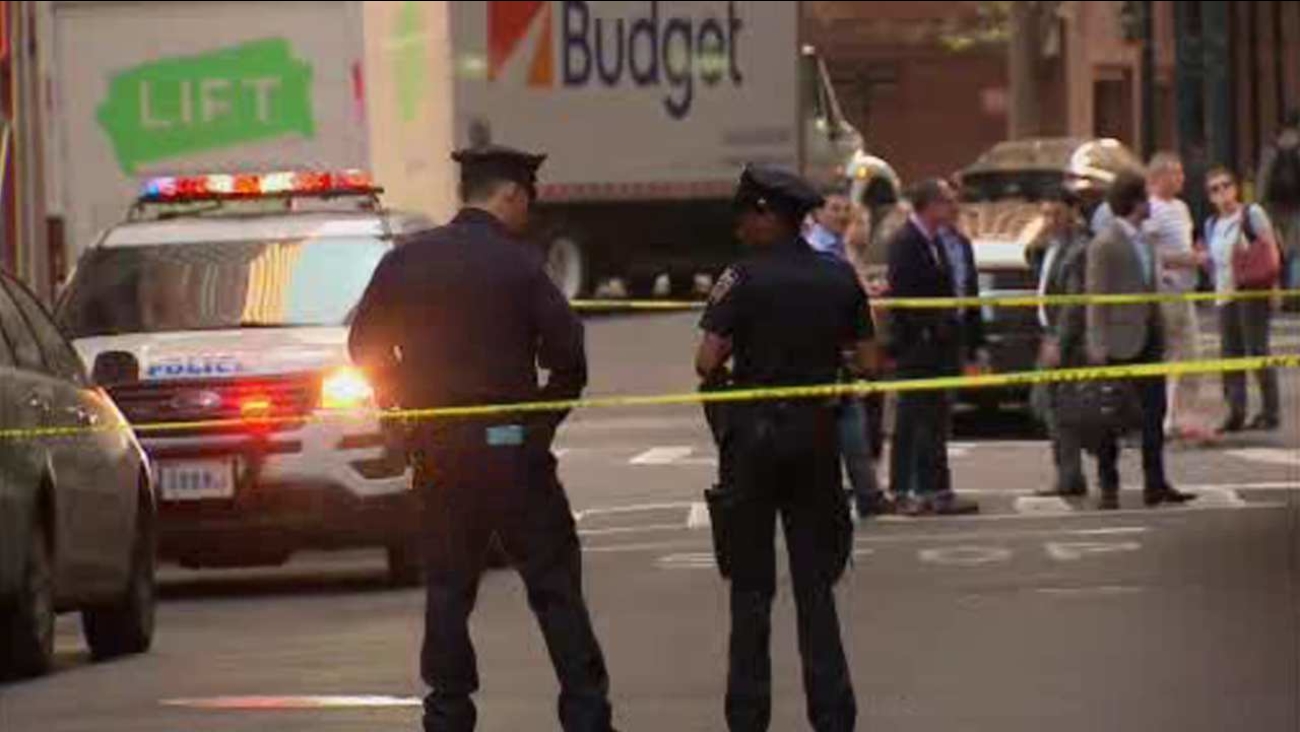 WALL STREET, Manhattan -- Police said a man in a luxury car just off Wall Street in New York City fired his gun after another motorist backed into the vehicle.

Angel Rodriguez was arrested minutes after the shot hit the ground late Friday afternoon. No one was injured.

The driver of a van was trying to park when he struck the BMW. Rodriguez was a passenger, with a woman behind the wheel. Police said he got out and the two men were arguing when the shot was fired.

The BMW sped away, but police caught up to the car.

Rodriguez was arrested on the northbound FDR Drive.