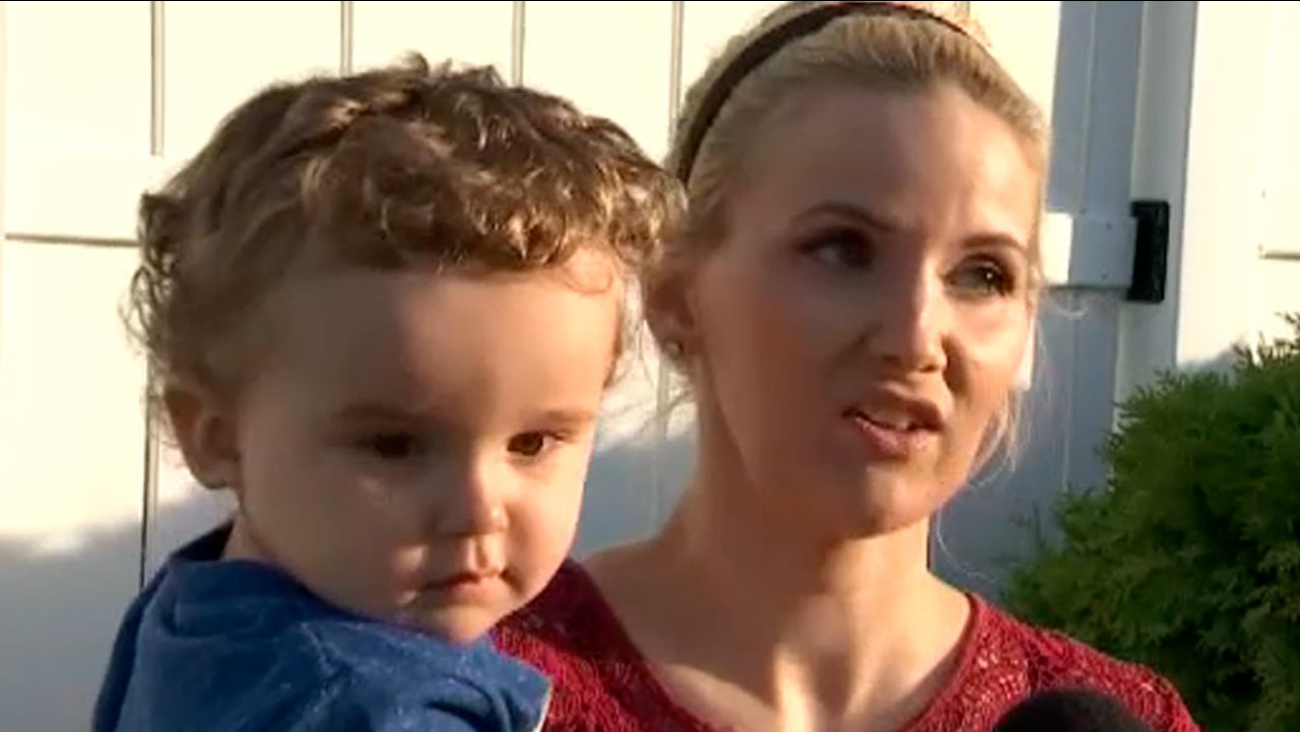 WATERFORD, Connecticut (WABC) -- A toddler in Connecticut was rescued after falling 12 feet down a ventilation shaft, and now, his mom hopes the experience serves as a warning to other parents.

"I looked down, and I saw him in the vent," mom Kristie Mendes said. "I just couldn't breathe."

Mendes described the worst moments of her life when her son had fallen down the air vent in their Waterford home. She said she had gone to the bathroom and left her son in a gated area of the hallway, but he somehow got the vent cover off and fell in.

Mendes immediately called 911. The following was the conversation between Mendes and the dispatcher:

Fourteen-month-old Elijah Irizarry had fallen feet first through the narrow opening and dropped 12 feet from the second floor down to the basement, trapped in the very narrow duct work.

More than a dozen responders cut through the duct work and got him out within 20 minutes. Luckily, he had only minor scrapes.

"They did great, the first responders," Mendes said. "Everyone that came in and helped to get him out, they worked great as a team."

Mendes thinks Irizarry used a hanger to lift off the vent cover. She said he had never done it before and always assumed the vent was screwed down.

Mendes hopes it can be a teaching moment for all.

"Out of all of this, to help people be aware that it can happen," she said. "And like I'm doing today, I'm getting all new gates and screwing them all down."