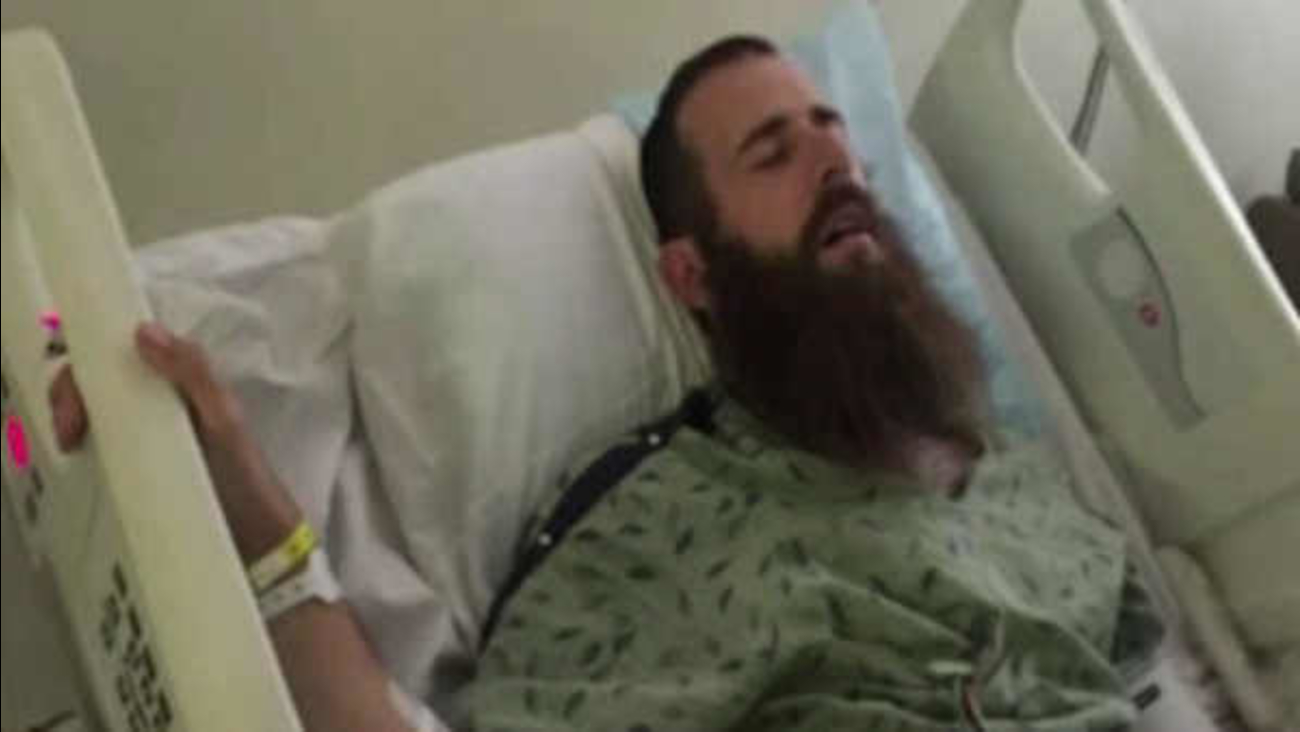 Nick Spitali, who contracted the virus last month, is now partially paralyzed in his legs.

Spitali was working out in his garage when he felt a mosquito bite.

At first he felt sick and thought he had the flu, but ended up in the hospital.

The man is recovering and is regaining some movement in one of his legs.