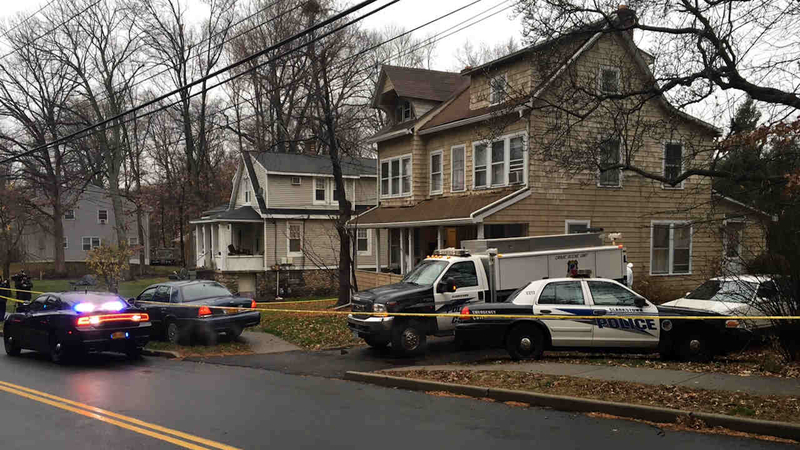 WEST NYACK, N.Y. (WABC) -- A 66-year-old man was discovered fatally stabbed inside a home in Rockland County, and a 19-year-old is in custody.

The body was found inside an apartment on the top floor of a building on Demarest Avenue in West Nyack Tuesday morning. Michael Wimbert was pronounced dead at the scene.

Around 1:45 a.m., the Clarkstown Police Department received a 911 phone call from a resident on Demarest about a young man who had run out of the apartment building yelling, "Call 911."

The caller described the man, and police later found and questioned him for before making an arrest.

The suspect has been identified as Dylan Lentini, of Midtown Manhattan. He is charged with second-degree murder.

Police said Wimbert had posted an ad for a roommate on Craigslist. The suspect answered the ad and made arrangements with Wimbert to be picked up from the train station in White Plains on Nov. 27. Prior to the ad being answered, there was no relationship between the two men, police said.

"We have him leaving the residence, we have him making a comment to the neighbor, 'Call the hospital. Call 911,'" Clarkstown Police Chief Michael Sullivan said. "He had a laceration on his hand, and he was interviewed by detectives. And based on that, we have probable cause to charge him with murder in the second degree."

He reportedly told police he was living at Covenant House, but the exact relationship between the victim and suspect is unclear at this time.