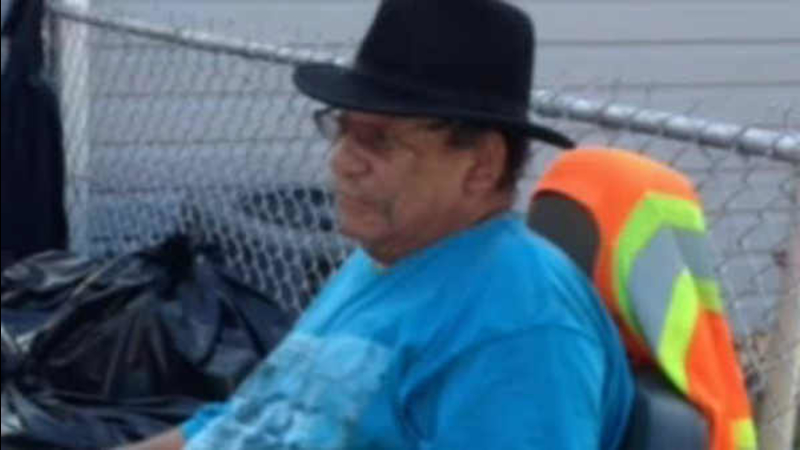 JERSEY CITY, New Jersey (WABC) -- Police are searching for the driver who struck and seriously injured a man in a wheelchair in Jersey City and then fled the scene.

According to police, the crash happened Friday morning at the intersection of Claremont Avenue and Kennedy Boulevard.

Witnesses saw the driver hit Vernon Elliott, 68, as he was crossing the street while on his way to a senior center.

The motorized wheelchair was left on the street, ripped to pieces from the impact of the accident.

Elliot was left in the middle of the street, badly injured and unable to move, by a motorist who showed no compassion.

"He or she should have at least stopped to see about him, knowing that he was already crippled and wouldn't be able to get up," said the victim's wife, Pastor Mona-Fitch Elliott.

Elliot was headed to the senior center, preparing to show a friend how to use the computer.

"The morning of the accident, he was on his way here early because he was going to teach me the computer to play music and movies," said the friend, Douglas Jones.

But Elliott never made it and his friends got the bad news about the hit and run accident Tuesday.

"I just felt like I had to be there with my friends so we could all pray for him in our own way," said a friend, Delores Hayes.

Elliott uses the motorized wheelchair to get around because he suffers from multiple sclerosis, but that never stops him from making his friends feel happy.

"He's in a wheelchair, but he picks us up by bringing his music and talking like a real friend," said the victim's friend Gloria Lynch.

The vehicle which struck the victim, leaving him with broken ribs, a punctured lung and an injured leg, is described as a white Windstar minivan with damage to the front end from the hit and run collision.