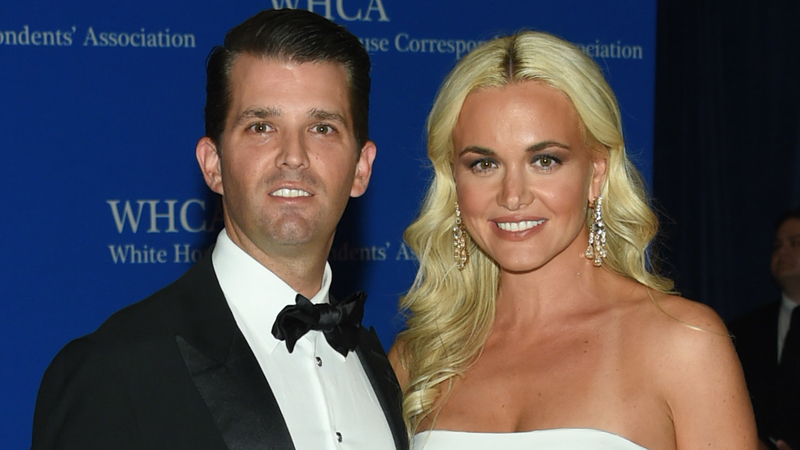 SUTTON PLACE, Manhattan (WABC) -- The wife of Donald Trump Jr. was taken to a New York City hospital Monday after she opened an envelope containing an unknown white powder.

The letter was addressed to Donald Trump Jr. and sent to his mother-in-law's apartment on East 54th Street, just east of First Avenue, in Manhattan.

This was the scene outside their Sutton Place apartment early Monday afternoon:

FDNY firefighters decontaminated Vanessa Trump and two others. All three were taken to the hospital for evaluation and are expected to be fine, officials said.

"The substance was deemed to be non-hazardous and is being transported to a lab in New York City for further analysis," NYPD spokesman Peter Donald said.


Investigators said the letter was postmarked from Boston, and they're now trying to determine who sent it.

Trump Jr. tweeted about the incident, saying he wishes he could be by his wife's side:

Trump Jr.'s sister, Ivanka Trump, posted a message of support for her family on social media:

And Vanessa Trump later posted a message of appreciation for the help from first responders:

Thank you so much for all the help today in NYC! I appreciate all the quick response to make sure that I was safe ! Thank you @FDNY @SecretService @NYPDnews @NYPDCT @NewYorkFBI

Sources tell Eyewitness News the powder was corn starch. The identities of the two others take to the hospital have not been released.

Police and Secret Service agents are continuing to investigate.