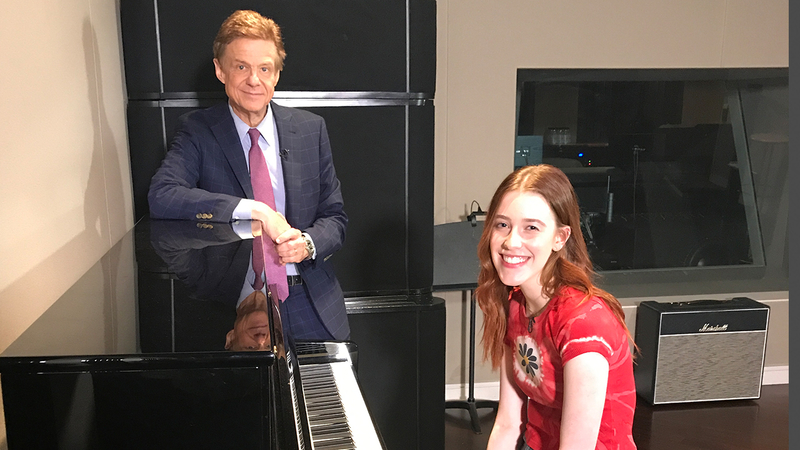 NEW YORK (WABC) -- Like Halsey and Maggie Rogers before her, Willa Amai appeared seemingly out of nowhere to perform on national TV this year, but the teenager from LA has been honing her craft for almost a decade, as I discovered at Germano Studios The Hit Factory in Manhattan.

Call this a portrait of the artist as a young woman, and at the age of 15, Willa is wise beyond her years. "People often have a misconception that when you're younger you don't feel the same type of emotions, that you don't feel them as deeply," she tells me, "but, I think if these past three years have taught me anything, it's that you can!"

She began recording at 12 under the supervision of her mentor, producer Linda Perry, but Willa first learned to play the piano when she was just 4 years old, began writing songs in 5th grade, and hasn't stopped since. "It's a scary thought a little bit to think about what would happen if I didn't have music." She calls it, scary, because Willa suffers from anxiety.

As she explains, "I worry about everything, and I just get to funnel that and channel it into something beautiful." Writing songs, Willa says, helps her understand the challenges she faces. "I'm able to be so open when I'm writing music and so once I'm finished with my song, I can better understand the way I felt which helps a lot."

It helps too that so many have started to respond to her music. "I do get nervous," she confesses, "but, that makes it all the more exhilarating once it's done and once I know that I've conquered something." Willa has just finished recording her first album, which will be released early next year.