Woman and dog fatally shot in smoke shop in Brooklyn 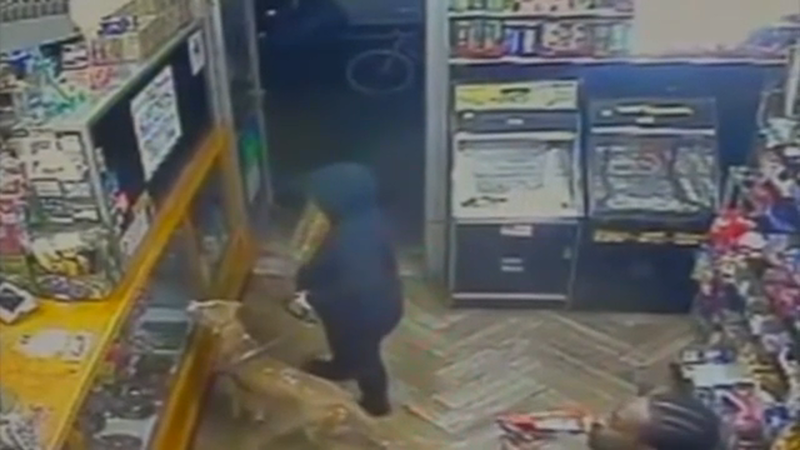 BEDFORD-STUYVESANT, Brooklyn (WABC) -- A 36-year-old woman and her dog were both shot and killed by a gunman in a smoke shop in Brooklyn late Sunday.

It happened in Bedford-Stuyvesant and became the city's second homicide of the year.

Police say the suspect got out of a red car, went into the shop and opened fire, hitting both Jennifer Ynoa and her dog.

She was waiting at the counter next to another man at the time of the shooting.

The suspect fled and remains at large.

The motive is not clear, but detectives initially believed the shooting was targeted.

However, the investigation has raised the possibility that Ynoa, who lived across the street from the store, was standing next to the intended target and she and her dog were struck instead.

The other customer fled the scene after the shooting and NYPD detectives are now theorizing that he was the likely target -- and that Ynoa was an innocent bystander.

"She's an innocent bystander, I don't know, she doesn't have any enemies," the victim's boyfriend, Carlton Busch, said.

Busch was Ynoa's boyfriend for four years. He told reporters that he last spoke with her minutes before she was killed -- that she was going out to walk the dog.

"People walking around with guns and like it's the Wild West," Busch said. "I don't know what it is that would possess someone to do that, you know, do that to a woman walking her dog? No threat. He's a coward."

Neighbors said she was a familiar face. Her random, senseless death came as a shock -- even in a city where gun violence is on the rise.

The investigation continues. Anyone with information is urged to call the NYPD.

A woman was found stabbed to death near a diner in Queens on New Year's Day, marking the first known murder of 2022.