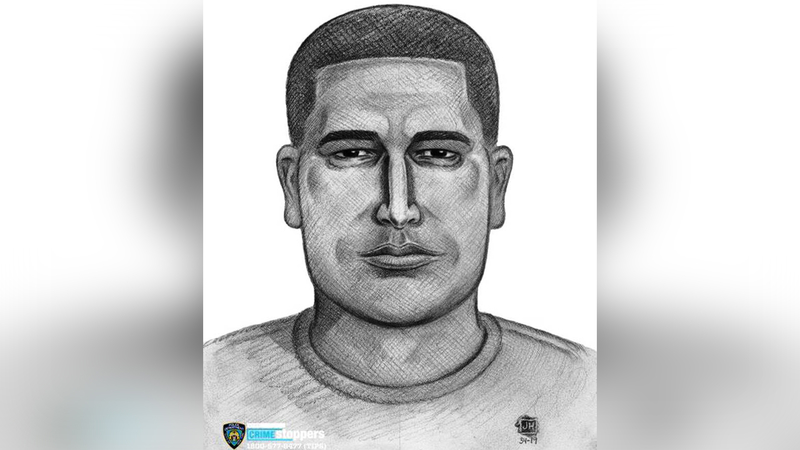 QUEENS (WABC) -- Police are looking for the man who allegedly approached a woman on a Queens street, pretended to be injured so he could grope her -- and then found his way into her bedroom hours later.

It happened Saturday in front of 24th Street and 23rd Avenue around 2:50 a.m.

The 26-year-old victim told police the man said he'd been in a bike accident and needed help.

During the interaction, he touched her breasts, police said. She ran to her nearby home.

Later that morning, she woke up inside her bedroom to find the man standing over her.

Neighbors said the man had jumped from rooftop to rooftop and entered the woman's home by removing an air conditioning unit from a window.

She screamed and he fled out the second-floor window.

Neighbors described the victim as "petrified" and unable to go into her own home.

"He groped her out here. She told him she was going in because her brother was home, and she said the next thing she knew, he was in her bedroom, and he grabbed her bra, and he ran away when she screamed," a neighbor said.

Police described the intruder as a 30-year-old Hispanic man with close-cut short dark hair who weighs 180 pounds and is approximately 5-foot-8. He was last seen wearing a black T-shirt.