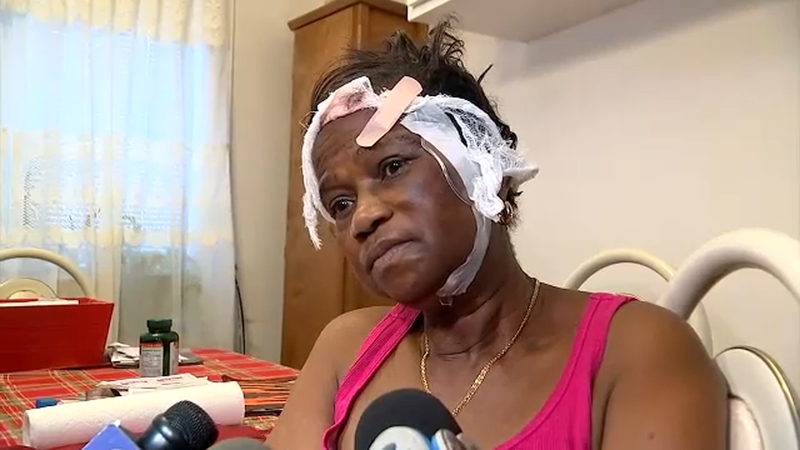 PROSPECT LEFFERTS GARDENS, Brooklyn (WABC) -- A 71-year-old woman who was punched in a random attack on a Brooklyn street is speaking out about the harrowing ordeal.

After it happened, Baptiste said she just wanted to go home.

Jean Baptiste suffered a broken jaw when she was randomly attacked in Brooklyn.

She speculates that her attacker has a criminal past.

"Somebody like that, it's a criminal," she said. "Because if you have mother or parents or family, you'd never do such thing to nobody. You did what you did. But anyway, there is a God above. He is the one to judge you, because I am a believer."

Police posted pictures of the attacker, some that showed him smiling, in hopes that someone would recognize him and call them.

A closer look at who we’re looking for. This unprovoked attack occurred on Sept 19 on New York Ave in Brooklyn. Victim left unconscious and unaware she’d be attacked. DM or call @NYPDTips 800-577-TIPS pic.twitter.com/vfCNVoblJY

Authorities said later Tuesday evening that they had a suspect in custody. 27-year-old Jaquan Whittle of Brooklyn was arrested and charged with assault.

Baptiste said she had faith that police would arrest the man who hurt her. Her friend, Caleta Ellis, said a long recovery is ahead.

"They did reconstruction surgery on her jaw, so she cannot eat solid food, only puréed food," Ellis said.