WABC
By Derick Waller
PROSPECT PARK, Brooklyn (WABC) -- Police are searching for the attacker who brutally raped a woman in Prospect Park South in Brooklyn.

The incident happened at about 4 a.m. Sunday in the vicinity of Parkside Avenue and Parade Place at the Prospect Park Parade Grounds.

The NYPD says a 59-year-old woman was approached by a man who put her in a chokehold and told her he had a knife and gun.

He shoved her against a parked van and attempted to sexually assault her but was unable to do so. It was then that he dragged her behind a bench and raped her.

After the assault, the suspect broke the window of the van and forced the victim inside where he tried to sexually assault her once more.

When he was unable to do so, he stole $10 from her purse and told her to get out of the van. He told her to leave and then he ran away eastbound on Parkside Avenue.

The vehicle is described as a white Ford Econoline van with a green and white logo on its side.

The woman was treated at an area hospital and listed in stable condition.

The suspect is described as a black male, 25 to 35 years old, 5'10" to 6'0" tall, with a medium build. He was last seen wearing a shiny dark colored hooded bubble coat, a dark colored knit cap, dark colored pants and white sneakers. 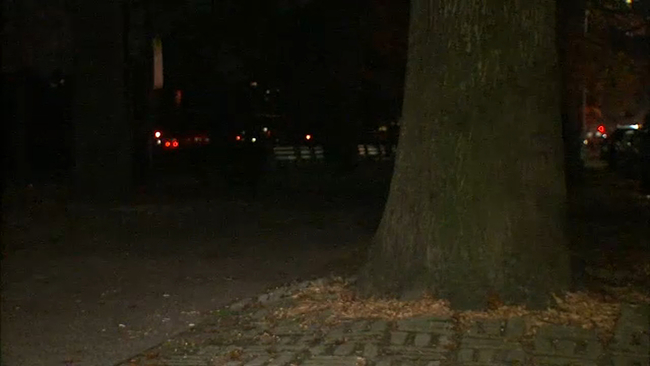