Woman stabbed to death by suspect on corner in Brooklyn 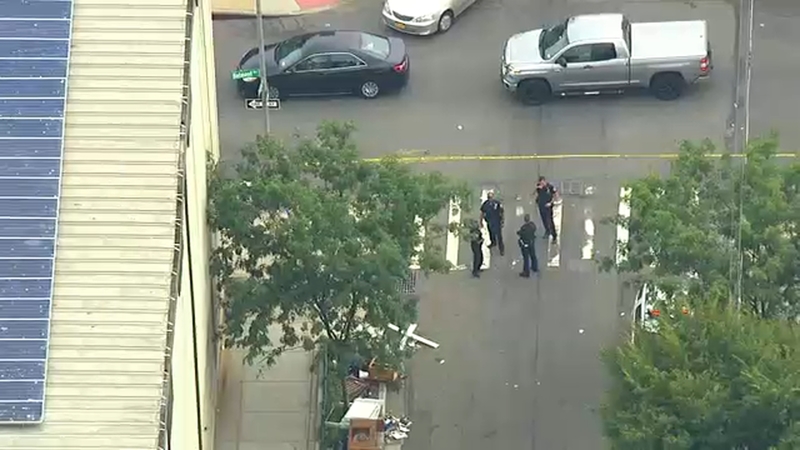 Woman stabbed to death by suspect on corner in Brooklyn

EAST NEW YORK, Brooklyn (WABC) -- A woman was killed after after being stabbed in the neck and stomach in Brooklyn.

Police say they responded to a call of an assault on the corner of Georgia Avenue and Belmont Avenue in East New York around 2:35 p.m.

Officers found the woman lying unconscious and unresponsive on the sidewalk with a stab wound to her stomach and neck.

The unidentified woman was taken to Brookdale Hospital where she was pronounced dead.

Police are looking into whether she was homeless.

The male suspect is described as 200 pounds and wearing all black. Officials say he fled from the scene.

It's unclear what led to the stabbing.

On August 31, 2021, at approximately 1435 hours, police responded to a call of an assault in the vicinity of Belmont Avenue and Georgia Avenue within the confines of the 75 precinct. Upon arrival, officers observed an adult female lying unconscious and unresponsive of the sidewalk with a stab wound to her stomach and a stab wound to her neck. EMS responded and transported the victim to Brookdale Hospital where she was pronounced deceased. No arrests have been made and the investigation is ongoing. The deceased is unidentified at this time.
Report a correction or typo
Related topics:
new york cityeast new yorkbrooklynwoman injuredwoman attackedstabbing
Copyright © 2022 WABC-TV. All Rights Reserved.
TOP STORIES
19 children, 2 adults killed by gunman in TX school shooting
Uvalde school shooting: What we know about 19 kids, teacher killed
Biden addresses nation on 'horrific' Texas school shooting
A look at some of the deadliest US school shootings
'People are getting numb': Texas mom reacts to mass shoot at school
AccuWeather: More Sun
Alleged shooter in unprovoked subway murder surrenders
Show More
DA: Gang members taunted rivals in rap videos, beat bird to death
Senator begs for gun compromise after Texas school shooting: VIDEO
How to talk to kids about Texas school shooting
Gas station charges nearly $8 a gallon ahead of holiday weekend
NJ launches inaugural 'Kicking Off Summer Lakes Tour'
More TOP STORIES News