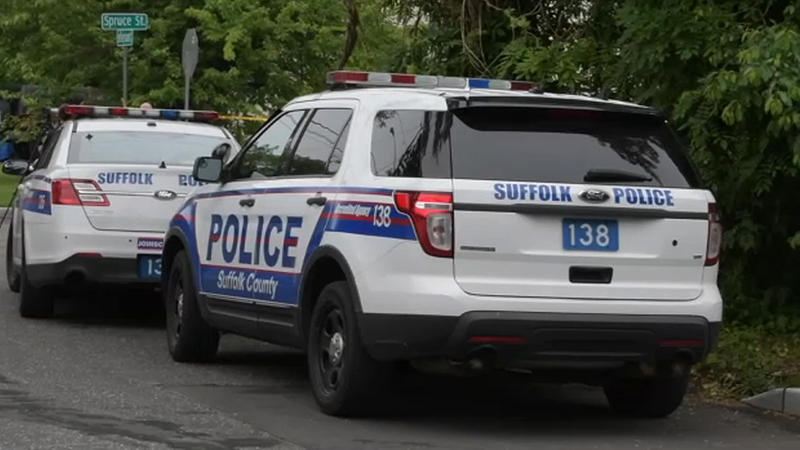 WYANDANCH, Long Island (WABC) -- Police on Long Island are investigating the death of a man who was found on the side of a road Thursday morning.

Suffolk County police say a worker on a garbage truck found the body around 7:15 a.m. on Spruce Street, just south of Jefferson Avenue, in Wyandanch.

The victim was identified by police as 40-year-old Terrance Mitchell of Flatbush, Brooklyn. He was pronounced dead at the scene.

Homicide Squad detectives said Mitchell was shot in the head and it is possible he was killed in an unknown location before being transported and left on the side of the road.

The sanitation worker, Keenan Jones, says he's been on the job for 15 years and has seen plenty of strange things. But he's never seen this.

"As we were pulling out of the street, I just noticed a body laying in the woods," he said. "It was kind of creepy seeing that."

He said the body was face down just a few feet off the street in a wooded lot. At first, he thought the man had just passed out.

"No weapon has been found at this point," Suffolk County Major Crimes Bureau Deputy Inspector Thomas Keneally said. "The body has been removed, so now we're going to look more closely at the immediate area."

But hours later, some area residents are still left with many unanswered questions about whether this was a homicide, and if so, who was found dead?

"I was told it was one of my family members, so I came out to look," area resident Donna Holland said. "But as you can see, the police officer is not letting me, not giving me any information."