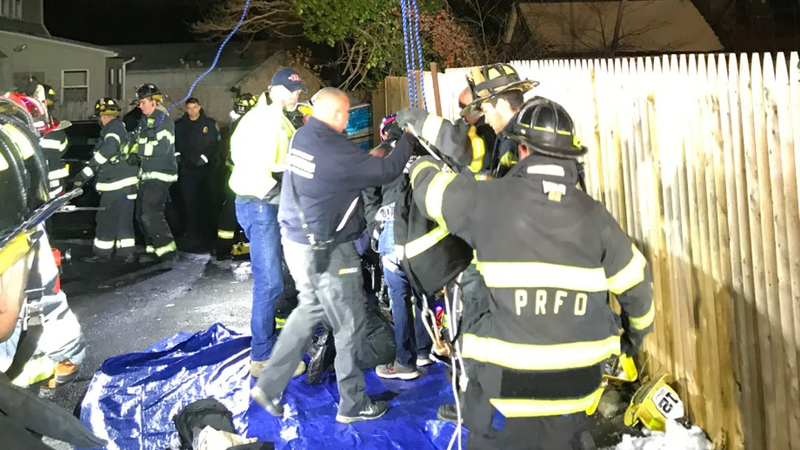 PEARL RIVER, Rockland County (WABC) -- A worker fell into a dry well that appears to have opened during the cleanup of this week's snowstorm in Rockland County.

The worker was attempting to fix a driveway on West Washington Street in Pearl River Thursday afternoon when he inadvertently fell into the well.

He was trapped for about four hours roughly 30 to 35 feet underground, until the residents came home.

At first, the homeowners were baffled when they saw the worker's truck, as he was nowhere to be found.

The worker's boss came to the scene and made the discovery.

"There was a large sinkhole between two properties and the party was down into the hole," Pearl River Fire Chief Joel Spoelstra said. "He was able to communicate with us."

Firefighters rescued him and took him to Westchester Medical Center conscious and alert.