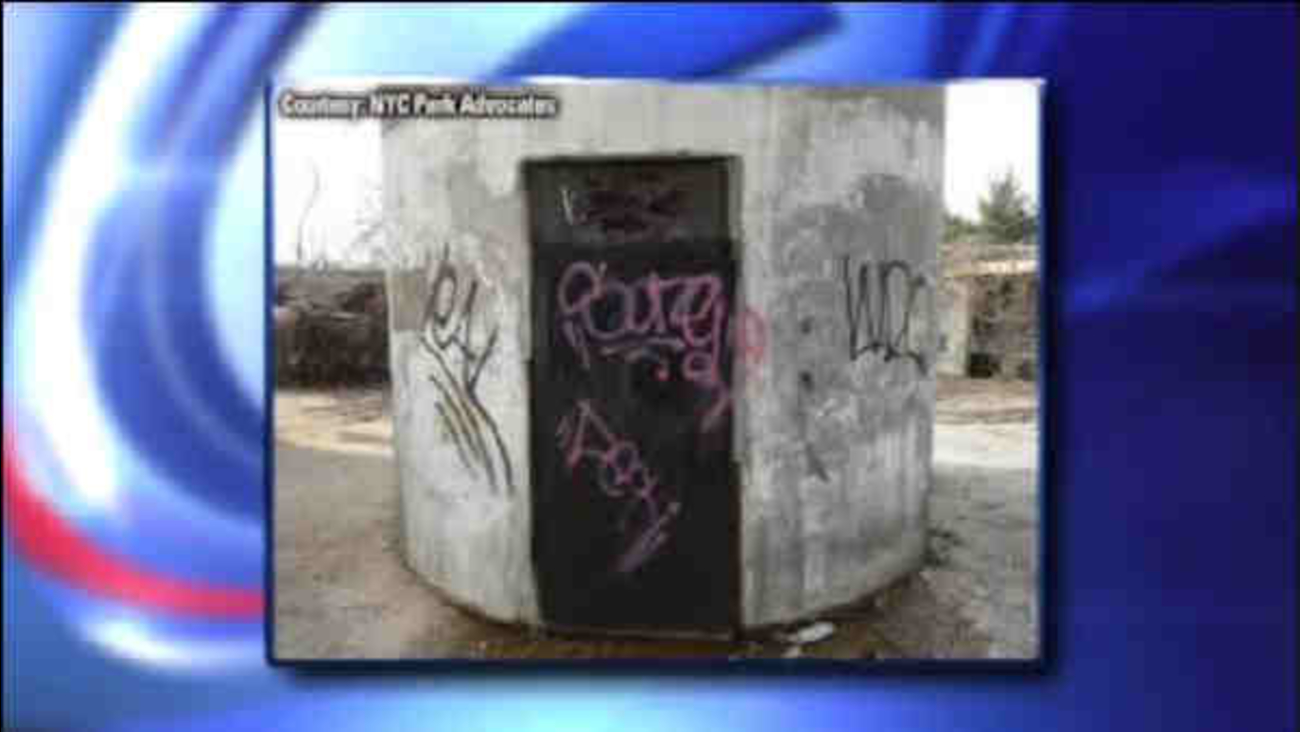 Two girls and three boys broke into one of the towers at the vacant former New York State Pavilion in Flushing Meadows-Corona Park Sunday afternoon and climbed 226 feet to the observation deck using large sections of missing stairway.

Two boys, ages 14 and 15, caught with two book bags filled with spray paint were charged with trespassing and possession of a graffiti instrument. They also had markers and a camera that contained photos of tags at various locations.

The two were given juvenile reports and released to their parents.

A hole had been cut in a fence nearby and fresh graffiti was found on the "Keep Out" sign, according to New York City Parks Advocate Geoffrey Croft.