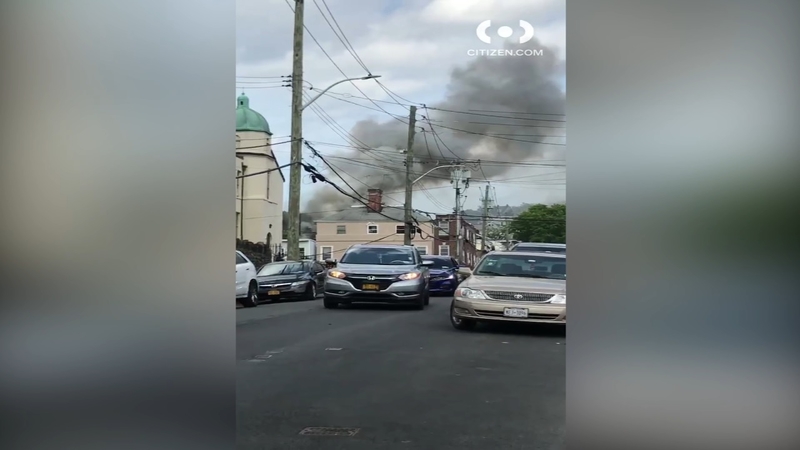 The blaze started at a home on Maple Street on Sunday and quickly spread to two others. About 30 people have been displaced.

Maria Valentine lived in three of the apartments. Valentine is unable to walk and is dependent on a scooter, but thankfully she got out.

"My neighbors had to help me because I can't walk - I had to rush out. We lost everything in there," Valentine said.

It was just before 5 p.m. when the flames started.

Valentine's brother, Carlos Bonilla lived across the hall and heard the commotion.

"My sister was screaming 'there's a fire, there's a fire!' and I came out with a fire extinguisher," said Bonilla.

"By the time we got to the front porch, the whole back was in flames," said Valentine.

Firefighters worked hard to put out the blaze, but in the end, all 18 apartments were destroyed.

The arson team was on the scene as a routine part of the investigation. So far, the cause of the fire is still unknown.

Those who lived in the building are truly grateful for one thing.

"Just happy everyone got out safe," Bonilla said.

Officials say some families who have been displaced have been taken to a local community center. Others are being helped by the Red Cross.