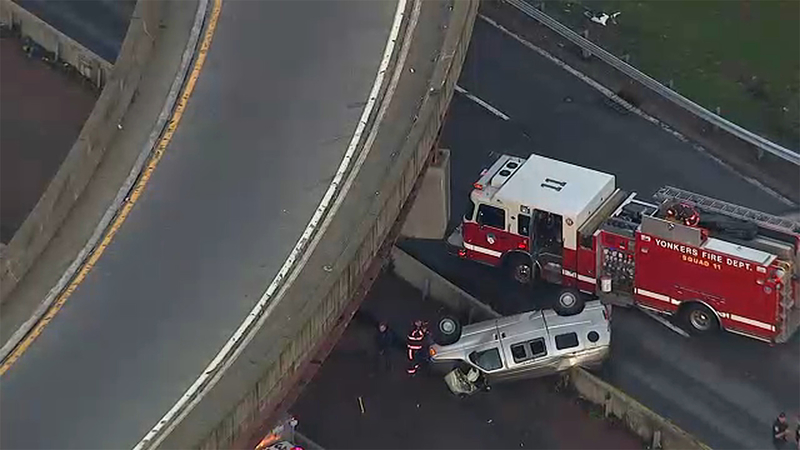 YONKERS, Westchester County (WABC) -- A van fell off an overpass onto the Bronx River Parkway in Yonkers on Thursday morning, and amazingly, the driver survived with only minor injuries.

It happened in the southbound lanes of the Cross County Parkway around 6:30 a.m.

Skid marks could be seen on the overpass above, with a mark on the wall.

The injured driver, identified as 58-year-old Ui Duk Lee, was taken by ambulance to Jacobi Medical Center with injuries not believed to be life threatening.

Lee's son declined to speak on camera other than to say his father is OK.

For the past 15 years, he has owned Star City Grocery on Allerton Avenue. Longtime employees were wondering why he wasn't there to open the store at 7 a.m. like as does every day.

Some of his customers, who had heard about the accident without realizing Lee was involved, could not believe their eyes seeing the driver's compartment spared by a matter of feet.

It is not yet known what caused the van to flip and crash.