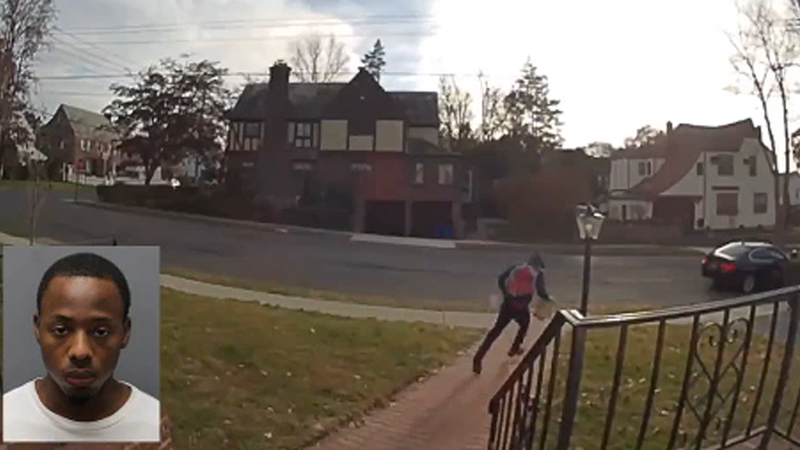 YONKERS, Westchester County (WABC) -- Police in Yonkers have arrested two people who they say stole packages off front porches before leading officers on a chase and eventually crashing.

They released video of the incidents, which happened last month.

Authorities say 22-year-old Claude Burnett, of the Bronx, and a 17-year-old accomplice literally stole the Christmas spirit from several Yonkers residents and were allegedly behind other incidents in surrounding areas.

Police finally caught up to them on Central Park Avenue Wednesday, but the suspects attempted to flee.

They allegedly drove the wrong way on Central Park Avenue and crashed into half a dozen parked cars before taking off on foot.

They were finally apprehended in the lot of a nearby car dealership.

Burnett is charged with larceny as well as reckless endangerment and reckless driving. Details of the case against the second suspect are being withheld due to his age.