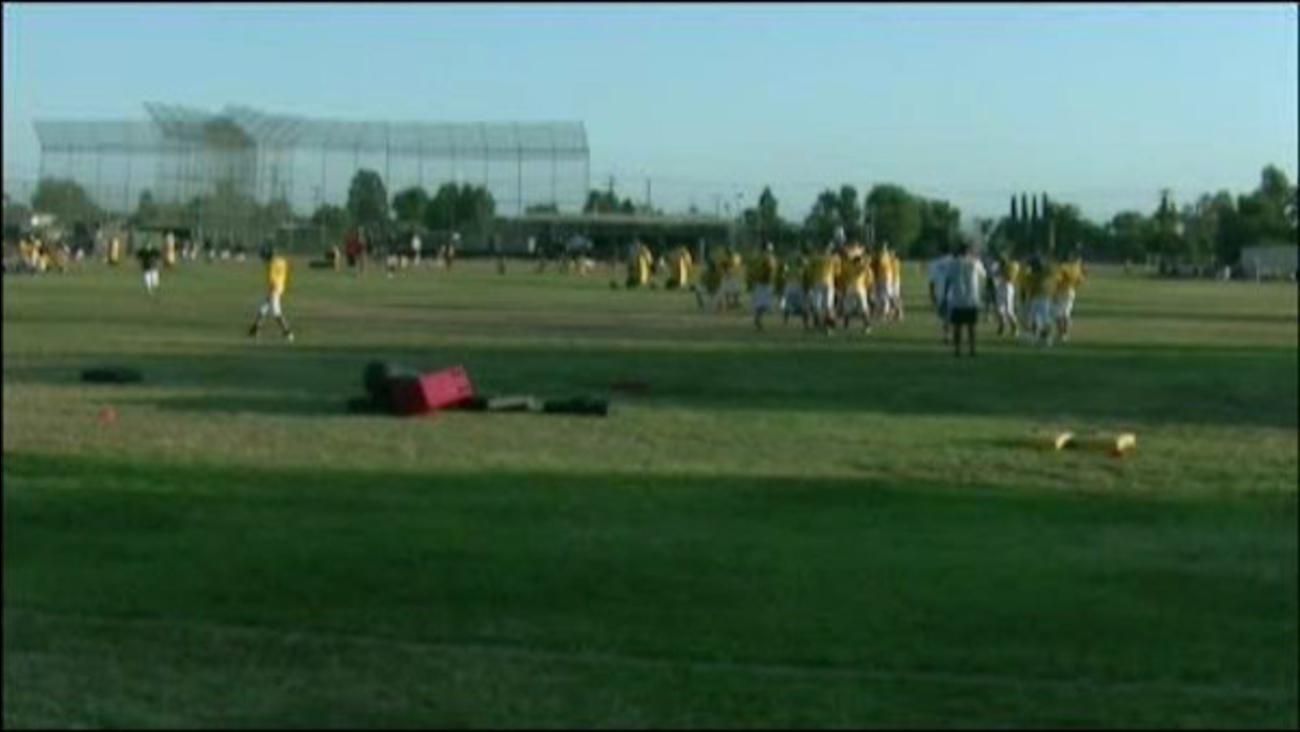 All youth football games would be required to have a doctor present to monitor possible concussions as part of legislation considered Friday by the New York City Council. (WABC)

NEW YORK -- All youth football games would be required to have a doctor present to monitor possible concussions as part of legislation considered Friday by the New York City Council.

The hearing focused on the safety of young players who are even more vulnerable to brain injuries than their counterparts in high school, college and professional leagues.

"It's too common that kids are taught that getting your bell rung is OK and you need to play through it," said Councilman Corey Johnson, a Democrat from Manhattan. "Repeated concussions can cause lifelong health injuries especially when the brain does not have time to heal."

The legislation would also require that a doctor or an athletic trainer be present at all full-contact practices. If passed, the measures would be the first in the nation to require doctors at both youth games and full-contact practices, advocates say. Additionally, a task force would be created to collect data on all concussions to help inform further safeguards.

Several medical professionals, including a trainer for the Pittsburgh Steelers, offered testimony in favor of the bills. The council members pointed to the millions of children who will watch the Feb. 2 Super Bowl, featuring the New England Patriots and Seattle Seahawks, as an impetus for acting quickly.

"Their safety has to come before anything else," said Councilman Stephen Levin, a Democrat from Brooklyn.

A doctor is already assigned to high school games. City officials expressed support for increasing safety but expressed concerns about the cost and logistics of the proposed expansion.

Currently, doctors cost $100 per game while athletic trainers charge about $35 an hour, according to city officials. A recent $1.2 million donation to the Public Schools Athletic League from the New York Giants has helped offset those costs.

There are more than 70 youth tackle football leagues that operate in the city each fall, representing more than 17,000 hours of playing time, and the need for additional doctors and data collection would put a strain on the community groups that fund the leagues, according to city officials.

"We have concern that bill would have chilling impact on programs in poorer neighborhoods," said Liam Kavanagh, first deputy commissioner for the Parks Department.

It is not clear if city funds could be directed to the program. A vote on the measures has not been scheduled.