Woman arrested in mugging of 103-year-old woman in Bronx 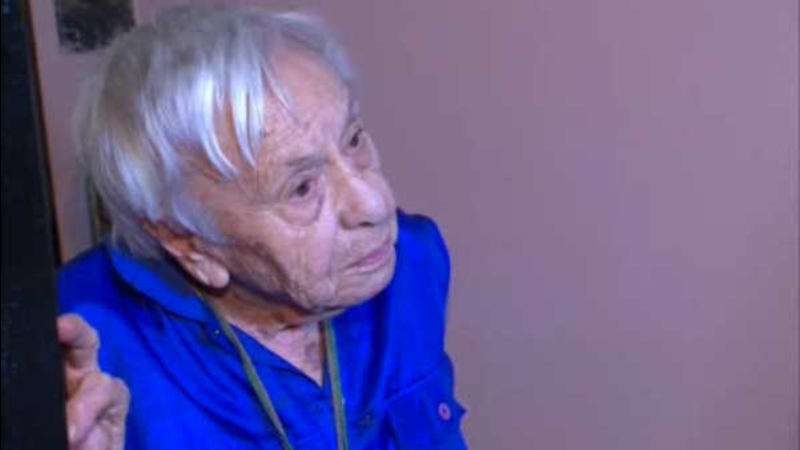 CO-OP CITY, Bronx (WABC) -- She has bruises, but Louise Signore is doing remarkably well. All things considered, on Friday, the 103-year-old was mugged, and roughed up.

53-year-old Sharon McNeal followed Signore into her building in Co-Op City, rode the elevator with her, and attacked when they reached the 8th floor hallway.

"What can I say to her? What do I say? Are you desperate? You must be desperate to get a woman 103 years old. I think she must be mentally insane," says Signore.

Signore is legally blind and may not have realized her attacker is actually a heavyset woman who made off with her shopping cart, which included food Signore had gotten at a community center.

"I go to the community center every day and get my meals there," she says.

Signore says the suspect made off with about $35, but she is most upset that her bingo cards were stolen. However, if you think this incident is going to change her routine, guess again.

Signore says her head still hurts from the attack, but she is not phased. She said she is not scared, and will go about her daily routine.

"Would I forgive her? Yeah, I would," she said.