Cars submerged after powerful storms cause heavy flooding in Newark 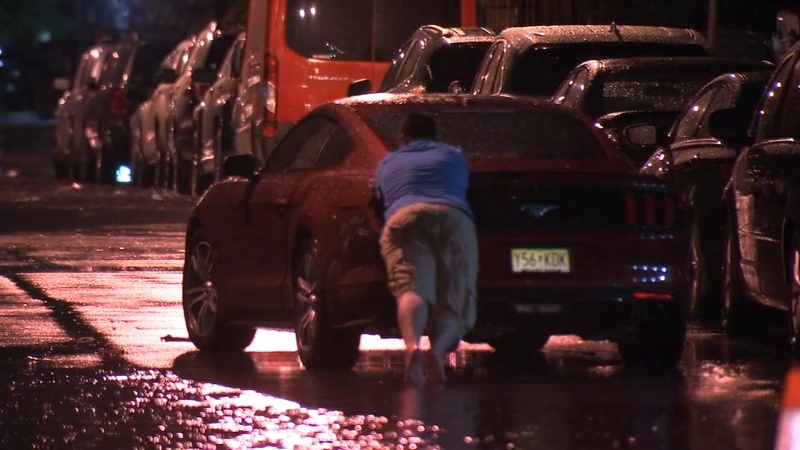 Cars submerged after powerful storms cause heavy flooding in Newark

NEWARK, New Jersey (WABC) -- Saturday's powerful storms did a number to some streets in Newark. Water gushed on the roads, leaving cars submerged.

The storm was crazy, and it was fast - strong winds and heavy rain flooded the corner of Van Buren and Clifford Streets.


A car stalled while one man drove through the high water and also got stuck. He had no choice but to push his vehicle out.

Edward Vance has lived in Newark for eight years, and was worried about his car.

"We have a Mercedes, and the water was high, so we had to come out and move it," Vance said.

Lightning on I-78 showed the wrath of the storm. The was also hail reported at Newark Airport, and some terminals were overtaken by water as passengers witnessed the heavy rain seep in, flooding the floors and entrances.

Newark Police report five patients at a dialysis center were transported home by a police bus due to flooding in the building.

Vance knows it is not over, and is ready for the next round of storms.
"We are putting sandbags down now - hope homes don't get flooded, and hopefully our cars are parked in a safe place, and we are hoping for the best," he says.

Being prepared is the key to dealing with wild weather.

Despite the flooded streets, police are not reporting any injuries.