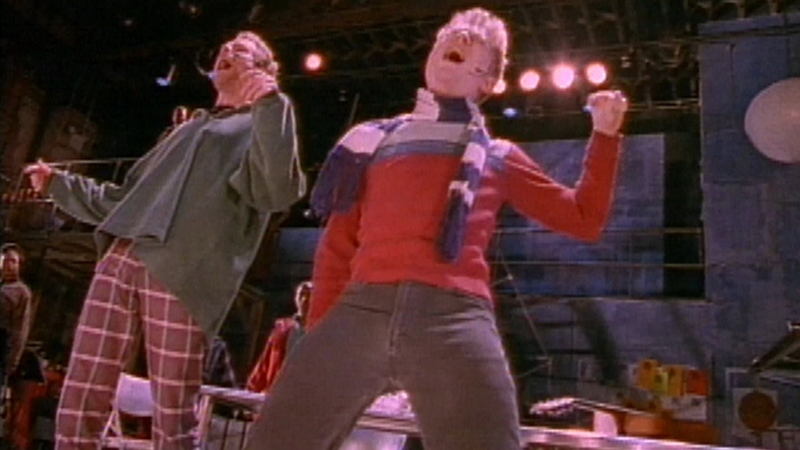 A quarter century ago, the landmark stage show "Rent" debuted on Broadway and redefined the American musical.

It went on to win four Tony Awards and a Pulitzer Prize for its creator, Jonathan Larson, who died just before the show opened on the Great White Way.

On Tuesday night, 130 performers who have appeared in the show throughout the years will join together online for a virtual celebration.

Before there was "Hamilton," there was "Rent" -- and the thrills of seeing it resonate 25 years later. It also led to a new era of diversity and inclusion onstage.

The marquee for the play "Thoughts of a Colored Man" was installed on Thursday at the Golden Theatre.

"There was no way the theater was ever going to go backwards after that," he said. "You know it was going to be forever, forever changed, and it showed people a new perspective on how to tell stories."

Heredia was 23 years old and just a couple of years out of Hunter College when he auditioned for the show. He had no musical theater training whatsoever.

"I never saw anyone on Broadway that even looked like me," he said.

But the show, based on the opera "La Boheme" that was written in the 1890s, was set on the Lower East Side at the end of the 20th century -- and producers were looking far afield for new talent.
"I think it's about people who don't perceive themselves fitting in, the misfits," said Jim Nicola, who staged the first production of "Rent" off-Broadway at the New York Theater Workshop. "(The result was) theater that reflected the community that it was being made in."

The range of talent assembled was remarkable, including a young Bar Mitzvah singer from Long Island named Idina Menzel, who went on to sing "Let it Go" in "Frozen."

Sandy Kenyon talks to New Jersey's Samantha Sharpe about her audition, and her musical family

"Rent" has stood the test of time in part because of the way it broke new ground to embrace tolerance.

"25 Years of RENT: Measured in Love" will be held virtually on March 2 at 8 p.m. EST, and it will be available to stream on-demand through March 6 at 8 p.m. EST.