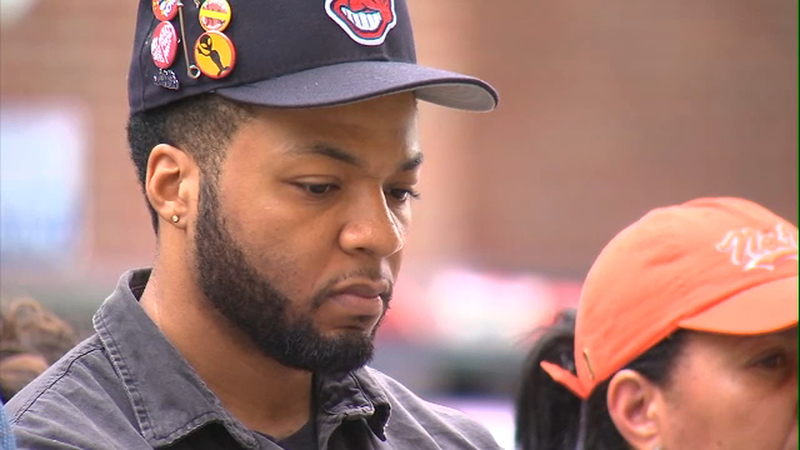 MORRIS HEIGHTS, The Bronx (WABC) -- A National Guardsman from the Bronx is accusing NYPD officers of using a Taser on him for no reason during an arrest.

Calvin Moreland said he was driving his Dodge Durango to his house on May 15 when the police car behind him put on its sirens and lights, signaling an emergency.

Since he was on a tight two-way street, Moreland said he was unable to get out of the way.

He said he eventually made a right turn, but that same cop car followed him, pulled him over and questioned why he did not yield to an emergency vehicle. Police also demanded Moreland's license and registration.

The 27-year-old said he was ordered out of his car, and when he reached to unbuckle his seatbelt, the officer, identified by protestors as Jefferson Martinez, Tased Moreland.

Moreland said Martinez forced him to the ground and cuffed him just steps from his house.

He also claims the officer even asked, at one point, "Do you want another round?"

Moreland, a National Guardsman and security guard at NewYork-Presbyterian Hospital, also has several relatives who retired from the NYPD.

Moreland was charged with resisting arrest and obstruction of governmental administration.

In response, the National Action Network, Moreland and his family are calling for a complete investigation and for Martinez to be put on modified duty, even though they said Moreland's case has since been dismissed.

They held a small protest Friday morning outside the 46th Precinct in the Morris Height section to call for accountability.

"I'm in the military, and I know my rights," Moreland said at the protest. "I exercise my rights, and they were violated, so I'm going to do everything in my power to get justice."

Protests also want to know why the lights and sirens were initially turned on in that cop car, and why those officers pulled over Moreland instead of responding to an emergency.