AP
MAE SAI, Thailand -- The Latest: Officials say it could take up to four days to complete the rescue of eight boys and their soccer coach from inside a northern Thailand cave.

Expert divers Sunday rescued four of 12 boys from a flooded cave in northern Thailand where they were trapped with their soccer coach for more than two weeks, as a dangerous and complicated plan unfolded amid heavy rain and the threat of rising water underground.

Eight of boys and the coach remained inside the Tham Luang Nang Non cave complex as authorities paused the international effort until Monday to replenish air tanks along the treacherous exit route.

Photos from social media show the 13 members of a Thai youth soccer team, 12 players and one coach, all of whom have been trapped in a partially flooded cave in northern Thailand for weeks.

But the success of the initial evacuation raised hopes that all will be out soon, although officials said could it take up to four days to complete.

"The operation went much better than expected," said Chiang Rai acting Gov. Narongsak Osatanakorn, who is overseeing the mission.

He told reporters that four boys were brought out and taken to the hospital in the town of Chiang Rai, the provincial capital, for evaluation, and the next phase of the operation will resume after about 10-20 hours.

The names of the rescued boys were not released.

His announcement, at a news conference more than an hour after helicopters and ambulances were seen rushing from the cave area, drew cheers and applause.

Narongsak had dubbed Sunday to be "D-day" as the complicated effort was launched in the morning.

He said 13 foreign divers and five Thai navy SEALs were taking part in the key leg of the rescue: taking the boys from where they have been sheltering and through dark, tight and twisting passageways filled with muddy water and strong currents.

Two divers were to accompany each of the boys, all of whom have been learning to dive only since July 2, when the first searchers found them.

Cave rescue experts consider an underwater escape to be a last resort, especially with people untrained in diving.

But Narongsak said earlier that mild weather and falling water levels in recent days had created optimal conditions for an underwater evacuation. Those conditions won't last if the rain resumes, he said.

After the four boys were removed from the cave, heavy rain started falling.

Authorities have said the monsoons could cause water to rise in the cave. That along with dwindling oxygen levels, added to the urgency of getting the team out. Earlier efforts to pump water out of the cave have been set back by heavy downpours.

Narongsak said Saturday that experts told him new rain could shrink the unflooded space where the boys are sheltering to just 10 square meters (108 square feet).

The next phase of the operation would start Monday after rescue teams replenish the supply of oxygen tanks along the route to ensure the safety of the journey, which takes several hours.

The boys and their coach, whose team is known as the Wild Boars, became stranded when they were exploring the cave after a practice game on June 23.

Monsoon flooding cut off their escape route and prevented rescuers from finding them for almost 10 days.

The ordeal has riveted Thailand and captured the world's attention. The search and rescue operation has involved dozens of international experts and rescuers, including a U.S. military team.

President Donald Trump tweeted Sunday: "The U.S. is working very closely with the Government of Thailand to help get all of the children out of the cave and to safety. Very brave and talented people!"

The U.S. is working very closely with the Government of Thailand to help get all of the children out of the cave and to safety. Very brave and talented people!

To ensure a clear path for getting evacuees to the hospital and to safeguard their privacy, authorities ordered the media to move away from the cave before the boys came out.

The boys sounded calm and reassuring in handwritten notes to their families that were made public Saturday. The notes were sent out with divers who made an 11-hour, back-and-forth journey.

One of the boys, identified as Tun, wrote: "Mom and Dad, please don't worry, I am fine. I've told Yod to get ready to take me out for fried chicken. With love."

"Don't be worried," wrote another boy, Mick. "I miss everyone. Grandpa, Uncle, Mom, Dad and siblings, I love you all. I'm happy being here inside, the navy SEALS have taken good care. Love you all."

One particularly touching note from another boy said: "I'm doing fine, but the air is a little cold, but don't worry. Although, don't forget to set up my birthday party."

In a letter of his own, coach Ekapol Chanthawong apologized to the boys' parents for the ordeal.

"To the parents of all the kids, right now the kids are all fine, the crew are taking good care. I promise I will care for the kids as best as possible. I want to say thanks for all the support and I want to apologize to the parents," he wrote 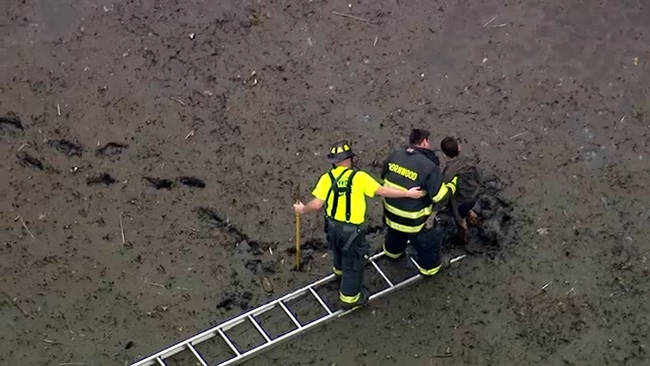 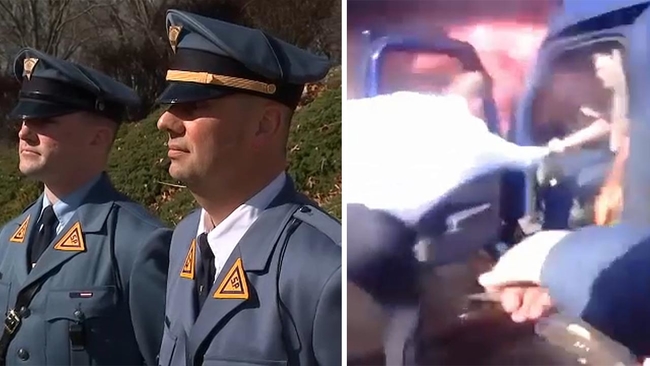 NJ troopers who rescued man from burning truck speak out 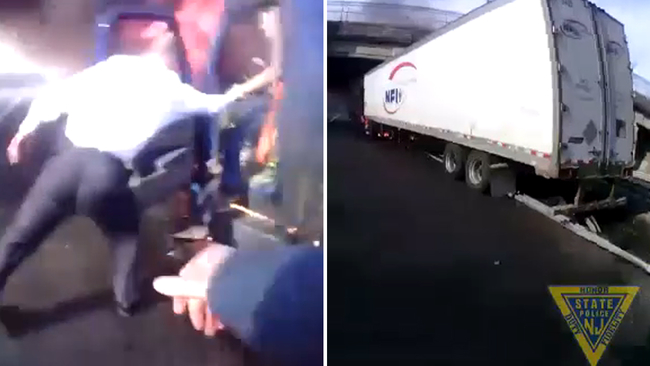