NYPD: 17-year-old fatally struck by ambulette in the Bronx was pushed

WABC
By Eyewitness News
FORDHAM, Bronx (WABC) -- Police are investigating the death of a teenager who was fatally struck by an ambulette in the Bronx after being pushed into traffic during an argument.

The driver of the ambulette stayed on the scene.

"He was just an innocent kid," one friend said. "I don't know who would want to hurt him, to be honest. It's just upsetting."

Investigators believe the dispute stemmed from an electric scooter that was stolen a few days ago, with the suspects said to incorrectly believe Reyes-Godoy was speaking with police about them.

They reportedly jumped him as he was walking to the store, and while attempting to get away, he started to run into the street but stopped because the ambulette was coming. Authorities believe the suspect or suspects deliberately pushed him into its path.

The incident is being investigated as a homicide, and investigators are now searching for the suspects.

A memorial is growing at the scene, and anyone with information is urged to call police. 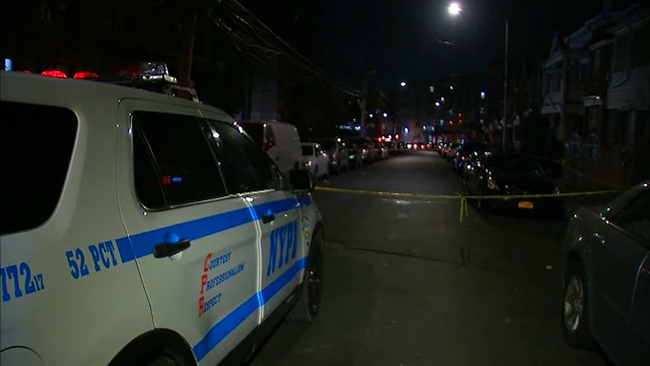