NEW YORK -- Eyewitness News Anchor Ken Rosato hosts our half hour special, "ABC7 Celebrates WorldPride NYC." This June, the world commemorates the 50th Anniversary of the Stonewall Uprising and the birth of the Gay Pride Movement right here in New York City. ABC7 is the official broadcast partner for WorldPride.

For the first time, New York will play host city for WorldPride festivities. Millions of visitors are expected to participate in what's being billed as the largest celebration of Gay Rights ever which culminates with the Pride March on Sunday, June 30th. In our show, we talk to organizers of the March -NYC Pride and hear from celebs involved in the Opening Concert at Barclays Center; Whoopi Goldberg and Grammy winner, Ciarra. We also talk to RuPaul and hear from Mj Rodriguez and Billy Porter from the cast of the FX show, "Pose" about the importance of this year's celebrations.

The show looks back at the history of the movement that started in "Stonewall," a small Greenwich Village bar that was Ground Zero for demonstrations demanding equal rights regardless of sexual orientation. We hear from some of those who witnessed it first-hand. We'll also learn about some of the non-profits which benefit from Pride events including organizations that work with LGBTQ youth and the elderly. Viewers will meet an Episcopal bishop who's making history in her church as the first openly gay female bishop.

We watch street artists at work as they color the city with self-expression and art, part of a city-wide Mural project and we'll profile an organization called, GOAL - Gay Officers Action League. Begun in 1982 by a brave NYPD Sergeant who cleared the way for officers to serve but be honest about their sexuality.

Enjoy the special on the links above - and we hope you will tune in to ABC 7 on Sunday, June 30th for our live coverage of this year's historic WorldPride March beginning at 12 p.m. until 4 p.m.
Report a correction or typo
Related topics:
societypridepride month
PRIDE MONTH

'Be Your Own Rainbow' project gives back to LGBTQ 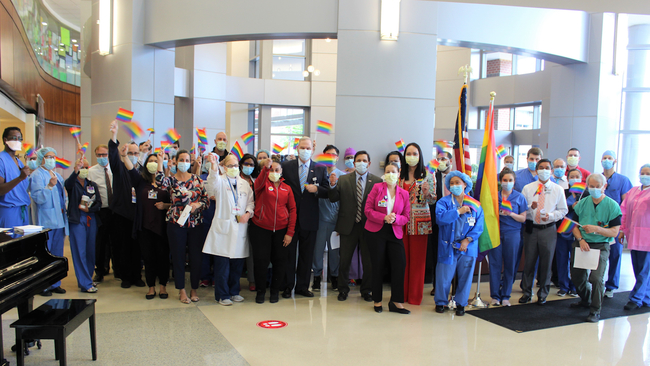 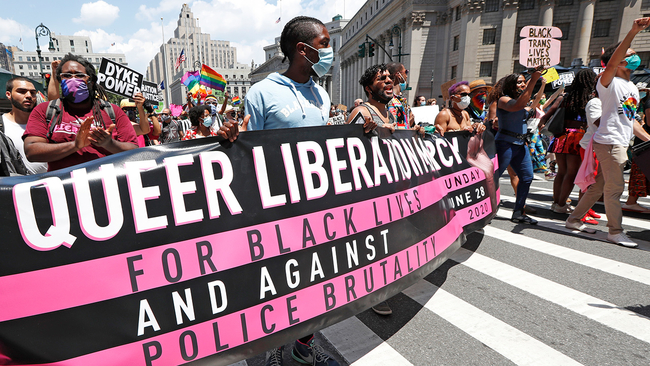